Julio Roman-Baez, 33, is facing charges of reckless endangerment in the first, a felony, and the misdemeanors of fleeing a police officer and criminal mischief. He’s also facing a slew of vehicle and traffic violations.

At about 3:26 a.m., state police from Kingston’s Thruway barracks clocked a black BMW going 113 miles per hour without headlight on.

When troopers caught up to car at the Malden Service Area stop near Saugerties, the BMW sped off going south in the northbound lane.

Troopers got in the southbound lane with their lights and sirens on to try to warn incoming traffic. After about a mile Romano-Baez made a U-turn and hopped back in the northbound lane going north and gained a a lead on police.

Troopers then saw the BMW try to drive off the road through a grassy area behind several businesses to try to get off the Thruway by avoiding the tolls. Troopers in a second unit a few miles up the road ready to intercept the BMW then saw it driving the wrong way again on the Thruway, without headlights, and crash into the guiderail before reaching them.

Roman-Baez then jumed out of the car and run into the brush, police chasing behind. Meanwhile, a second vehicle spun out near the crashed BMW, the driver telling troopers that they swerved to avoid the BMW. That driver was treated for minor injuries at the scene and released.

Finally, a state police K-9 unit arrived and tracked down Romano-Baez at about 4:15 a.m., taking him in without incident.

A State Police K-9 Unit arrived at the location of the search and began to track the suspect. At approximately 4:15 a.m., Romano-Baez was located and taken into custody without further incident.

Romano-Baez was arraigned in the Town of New Baltimore Court and sent to Green County Jail on $20,000 cash bail or $40,000 bond. 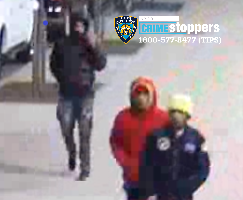