Police say a 51-year-old Bronx man has died after being found unconscious in his jail cell.

A spokesman for the New York Police Department says Edward Soto man was found unresponsive in his cell at a police station on Manhattan’s Upper East Side at about 10:00 a.m. Sunday. He was transported to a nearby hospital and pronounced dead.

The NYPD’s internal affairs bureau is investigating. The medical examiner’s office will determine the cause of death. 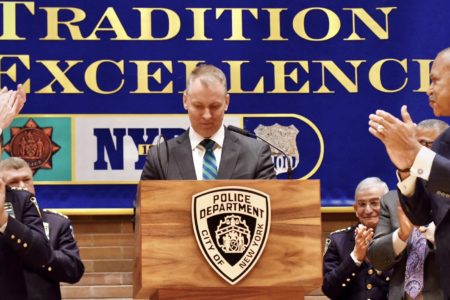 Naked Man Maid Gets Off