The following was published in The Irish Emigrant earlier today.

An Irish father of two who was left fighting for his life after a vicious July, 2010 Bronx assault has expressed outrage after seeing his attacker receive a three-year suspended sentence.

Dubliner Barry McCormack (35), of Yonkers was enjoying a night out with his American wife Cheryl and their friends when he sustained serious head injuries after being set upon by Cornelius O’Shea (33) outside a bar on Katonah Avenue.

After first enjoying dinner on McLean Avenue, Mr. McCormack’s group decided to move on to a bar on Katonah. As it was crowded, the group opted to leave after the ladies used the restroom.

Keen to avoid confrontation, the group left the scene, but when they had gone about 50 yards, O’Shea is said to have ran at the group from behind, singling out Mr. McCormack. The Dubliner was punched in the head, which caused him to fall face-first, unconscious, onto the sidewalk.

Rushed to Jacobi Medical Centre in the Bronx, he was put into a medically-induced coma, having suffered a fractured temple, a fractured skull, bleeding on the brain and an enlarged brain.

Since then, although he has made a decent recovery, Mr. McCormack has had four bouts of brain surgery [with one more to come], has had a piece of his skull removed, and must wear a protective helmet 24-7. He has been medically barred from working for over a year, which has put enormous strain on the family, who were due to move into a new home prior to the accident.

“The sentence is ridiculous, but it’s what we expected, the writing was on the wall,” Mr. McCormack told The Irish Emigrant. “I suppose my disgust is limited by the fact that I’m still here to tell the tale. That said, the fact that this guy, who is clearly socially inept, is out walking the streets again – you’d have to wonder when he’ll meet his next victim.”

O’Shea, who has two previous DWI arrests and one for driving without a license, was charged with a misdemeanor assault rather than a felony, with Bronx District Attorney spokesman Steven Reed telling The Irish Emigrant that, “the evidence couldn’t establish intent to cause serious injury”, which meant the DA’s office had to go with the lesser charge.

On May 12 he pleaded guilty to assault in the third degree, and on June 28 was sentenced to three years’ probation with the condition that he complete two years of community service. If he violates probation, he will be sent to jail for a year.

Dismayed at the lack of a felony charge, Mr. McCormack’s lawyer, Karen Johnston, had drawn a parallel between his case and that of a Bronx woman who was recently put in a coma by a single punch from a Queens man after a row over a parking space in the East Village. In that case, a Manhattan grand jury indicted the suspect on felony assault, and he faces up to seven years behind bars if convicted.

“I would not begin to discuss the particulars of any other case, it would be inappropriate.” DA spokesman Reed told The Irish Emigrant. 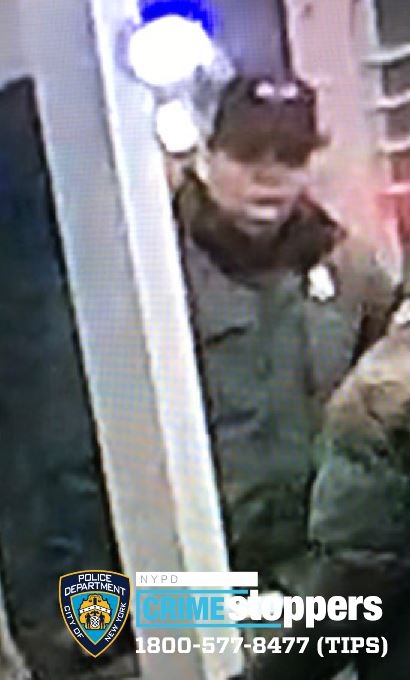