On Monday night, the Maritime men’s and women’s swimming and diving teams earned a sweep over non-conference Bronx-rival Lehman College at the Lightning’s APEX Aquatic Center. The men won by the score of 148-93, while the women were victorious, 136-88.

Fresh off of being named the Skyline Conference Women’s Swimmer of the Week earlier in the day (see the full release here), sophomore Hayley Hobbs (Louisville, KY / Mercy Academy) won all three events she competed in as part of both the 200 medley relay (2:07.28) and the 200 free relay (1:52.73) teams. She also won the 100 butterfly even in 1:04.42.

Two other swimmers also won all three of their events: juniors Mariel Vanderlinden (Woodside, NY / Dominican Academy) and Charlotte Acklin (Lewes, DE / West Broward). Vanderlinden was a part of the 200 medley relay team and was victorious in two individual events, the 200 freestyle (2:16.78) and the 100 backstroke (1:11.35), while Ackline was a part of the 200 free relay team and also won two events individually, the 200 individual medley (2:33.72) and the 100 breaststroke (1:20.66).

Winning two events on the night were freshmen Treasa Murphy (Pearl River, NY / Pearl River) and Danielle Leahy (Cocoa Beach, FL / Cocoa Beach). On Monday, Murphy was named to the Skyline weekly honor roll and she followed that up with wins as part of both relay teams, while Leahy won the 100 freestyle in 1:03.81 and was on a leg of the 200 free relay team that touched first.

Maritime will return to action this Saturday, November 23, 2013, when the teams will travel across the Throgs Neck Bridge to Kings Point, NY, to compete in the U.S. Merchant Marine Academy Invitational. First event is scheduled for 11:00 a.m. at the Mariners’ O’Hara Pool. 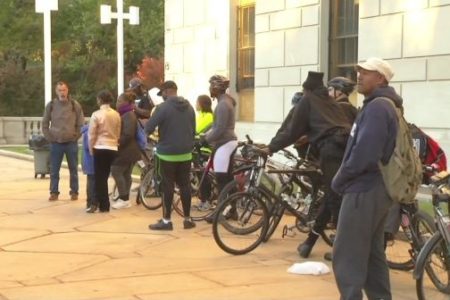