Some 6,000 cyclists will be hitting the asphalt Sunday morning for the 19th annual Tour de Bronx.

The Tour de France it is not –this tour’s a leisurely ride on the parkways that ends with a party at the New York Botanical Gardens. But like the Tour de France, it draws an international crowd. Olga Luz Tirado of Bronx Tourism Council said riders come from as far as Switzerland and Japan for the 25 and 40 miles treks.

“We’re really excited about that,” Luz Tirado said, “because we get to show off our beautiful borough and people get to see what the Bronx is really all about.”

Bronx has long sought to shake off images of blight stemming from the 70’s and 80’s. Riverdale resident David Gellman has ridden the tour a few times. He said it is eye-opening, even for a Bronxite.

Luz Tirado said some of the borough’s parkways will be closed till midday Sunday. If you want to avoid the traffic, it is not too late to join in on a bike. You can sign up for free at the event.

For a map and more information, see the Tour de Bronx website here. 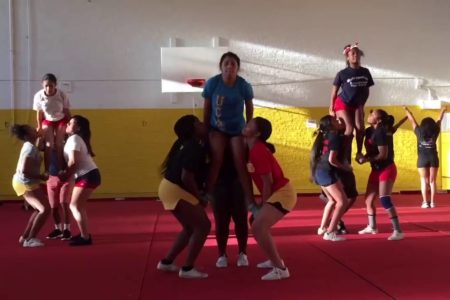