The Lorelei Fountain is less conspicuous these days—with all its limbs in tact and graffiti nowhere in sight.

On a recent warm November day, a smattering of jurors, government workers and locals gathered around the base of the gleaming 20-foot statue in the Joyce Kilmer Park. They sat across from the Bronx Supreme Courthouse, eating sandwiches and smoking cigarettes, unaware of the statue’s tumultuous history.

The shrouded siren high on a pedestal, with mermaids, dolphins, waves and a skull encircling its base is more than a century old, having survived an ocean trip, two world wars, vandalism and urban renewal. Traces of the statue’s rocky history can only be seen in its faintly mismatched stones, revealed by the maintenance workers giving it a biannual power washing.

“Everyone exposed to it is exposed to the wider art world,” said Phyllis Cohen, director of the Municipal Art Society’s Adopt-A-Monument program responsible for restoring this and 37 other monuments around the city. “It is really what public art should be.”

The statue depicts Lorelei, originally created by Romantic poet Clemens Brentano in his 1801 novel Godwi, but brought to international renown by famous German lyric poet Heinrich Heine, to whom the sculpture is dedicated. In his poem “Dei Lorelei,” Heine writes about the perilous rock on the Rhine as a fair-haired siren seeking revenge for her broken heart by luring sailors to their deaths. After Heine’s death, a committee made up of prominent literary minds proposed honoring him with a monument in his hometown of Düsseldorf. They chose German sculptor Ernst Herter for the project.

But Heine was known for his vocal opposition to the rise of German nationalism, a position that lead much of his work to be banned. He was also a Jew operating in Germany amid growing antisemitism. Therefore, the committee struggled to find a place for the sculpture in Germany.

Meanwhile, in New York, German Jews were enjoying new-found prosperity. Arion, a German American singing group, decided to give the fountain a home across the Atlantic. The committee intended to place the Lorelei Fountain at the southwest entrance of Central Park, but citizens’ groups complained about the statue’s nudity and ornate, Baroque style.

“Central Park did not find it aesthetically that pleasing,” Cohen, an art historian, said. It was quite elaborate, and Classical style was in vogue.

Whatever the real reason, Arion finally found a location for the statue in the soon-to-be-developed Grand Concourse―at the time a grandiose boulevard with a large population of wealthy German Jews, according to Constance Rosenblum’s book Boulevard of Dreams, about the area’s history.

“The monument was unveiled yesterday amid the cheers of thousands of Germans who gladly called themselves Americans, and shouted lustily in praise of their adopted country,” wrote an unnamed author in the New York Times the following day. (The Times did not yet use bylines.)

The writer, however, was less positive regarding the piece itself, calling it “disappointing.”

“The naiads at the foot are graceful and finely conceived, but the chief figure does not convey to the American mind any conception of the Lorelei,” the author wrote. “The figure is chiseled in too heroic lines, and would represent Brünhilde better than the Rhine maiden.”

Considering what came afterward for the Lorelei Fountain, the critic’s words were mild. Immediately after it was installed, vandals assailed the fountain, which required “round-the-clock” police protection, according to Rosenblum. The “drama,” Rosenblum wrote, was due in part to the mermaids at the base of the siren.

They were “lusciously naked, their cold marble breasts temptingly exposed for the delectation of every prepubescent boy in the West Bronx,” she wrote.

The statue received negative attention throughout its first century, from an axed-off arm to a head knocked off by nearby demolition.

Natural forces were no kinder, causing the marble to erode to a “sugary consistency,” said Cohen.

Meanwhile the wealthy Jews moved away, ceding space to poor Hispanics and blacks. Poverty and arson spread across the area. Over the next half a century, the Lorelei Fountain was moved to the northern side of the park and subsequently covered in graffiti. Vandals left not one mermaid’s head in tact.

During a particularly grave stretch, the fountain was painted completely black, then red, then ineffectually white.

“It was an angry time,” Cohen said.

By the time the Municipal Art Society gathered together $1.87 million in 1998―with the help of the city and private donors, including a $310,000 gift from the Anna-Maria and Stephen Kellen Foundation in 1997―the monument was virtually unrecognizable.

“It was a mess,” Joan Berkowitz, the leading conservationist in charge of repairing the statue said.

In the course of a year, Berkowitz and crew took apart the fountain piece by piece, cleaned off the years of graffiti and natural sediment, and sent pieces of the statue to specialists in the city and in Canada. Sculptors cast new limbs, heads and other parts into marble. Conservationists replaced the fountain’s plumbing and moved the whole thing back to the park’s more visible south side. Berkowitz “stitched” the pieces back together using long stainless steal pins and filled in the cracks.

Considering the scale of the operation, the transition is impressive, even if not immediately evident to everyday parkgoers.

Waleska Jean-Louis, 38, was one of several jurors in the park when Cohen and team cleaned the monument. On lunch break, Jean-Louis sat on a bench facing both the Lorelei Fountain and the court.

“I didn’t really know what it was,” Jean-Louis said as she looked up at the statue for the first length of time. “So far it looks clean. I never would have known it had graffiti.”

She said she enjoyed the presence of the Lorelei Fountain, nonetheless.

“It adds to the park’s appeal,” she said. “It is very nice to come and sit and have some sort of art to look at.”

After she glanced at her watch to see the lunch hour had passed, Jean-Louis and a fellow juror walked back to the courthouse.

Amid her hurry, she stopped at the base of the fountain for a long moment to take in a little bit of history she had missed. 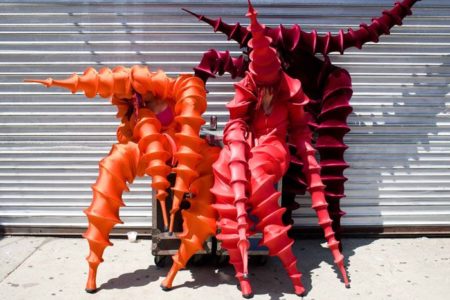 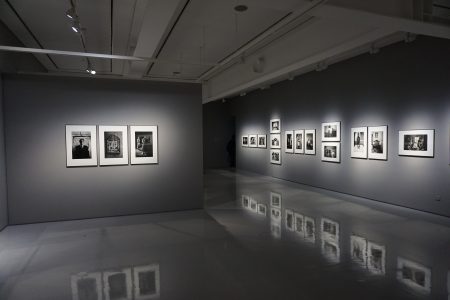 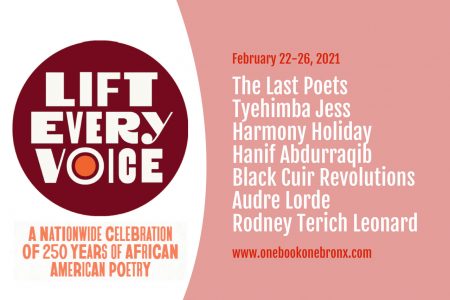