The Queens Museum, Times Square Arts and MTA Arts & Design are pleased to announce their collaboration on a new public art initiative by artist Mierle Laderman Ukeles, which will be on view on the large-scale digital billboard at 20 Times Square, on the facade of the Queens Museum facing Grand Central Parkway, and across digital displays throughout the MTA subway and rail system. For ——> forever… is both a response to the pandemic and a continuation of Ukeles’ long-standing dedication to honoring the unending labor of New York City’s public service workers through her artistic practice. The three-part initiative will launch on September 08, 2020.

The artist’s public message, which reads:

is a gesture of gratitude via a direct address to New York City’s public service employees, in particular infrastructure workers – including sanitation and transit workers – who are sustaining the city through the CoViD-19 pandemic. The message, written in the artist’s hand, is framed by the vibrant colors of safety green and emergency red/orange. The resounding message will be viewable throughout a network of locations designed to reach our city’s public service workers – from transit and sanitation workers in Times Square to essential workers continuing their daily commute. Many of these workers travel to and from Queens, one of the boroughs hardest hit by the pandemic. For ——> forever… aims to commemorate the efforts and undertakings of public service workers, specifically during the last few months.

“The Queens Museum is proud to work in partnership with Times Square Arts and MTA Arts & Design to present this timely and hopeful message across the city at this tumultuous time. Mierle Laderman Ukeles has worked tirelessly to make visible the labor of public service workers since 1979 and this message will flow through the infrastructure of the city as New York recovers. This project builds on Mierle Laderman Ukeles: Maintenance Art, the artist’s 2017 retrospective at the Queens Museum” said Sally Tallant, President & Executive Director of the Queens Museum.

In partnership with OUTFRONT Media, Ukeles’ artwork will appear on over 2,000 digital displays throughout the subway and rail digital network; the very locations where service workers pass through each day. At the same time, For —–> forever… will appear every 15 minutes on the large scale digital billboard of 20 Times Square, rising 120 feet over the plazas of Times Square, which is now seeing an average of nearly 90,000 visitors each day. The Queens Museum is proud to share that Ukeles’ work will fully occupy the museum’s 200-foot-long glass façade for a year, where it will be seen by many thousands of drivers on Grand Central Parkway each day.

“With the incredible heroism and tireless work of subway, bus and rail employees, this pointed acknowledgement of their work is relevant and necessary right in the space where they work or commute: subway and rail stations. As an artist of the public sphere, Ukeles has always worked to keep the public eye on the people who sustain the city, and this heartfelt ‘thank you’ will touch those who keep New York moving.” said Sandra Bloodworth, Director of MTA Arts & Design.

Ukeles, a pioneer in the field of socially engaged art, is most known for her practice focusing on maintenance and sanitation workers. One of her most notable projects is Touch Sanitation (1979-1980), in which she shook hands with all 8,500 employees of the New York Sanitation Department along their routes and places of work, saying to each worker, face to face: “Thank you for keeping NYC alive!” During this year-long project, Ukeles traveled to all of the city’s 59 DSNY districts in a spiraling itinerary she called “Ten Sweeps,” repeating the ritual of shaking hands and saying “thank you” thousands of times throughout an 11-month period. “Now,” says Ukeles, “four decades later, in the midst of this horrific pandemic, my statement becomes newly relevant to the city’s infrastructure service workers, who are physically out there working every day to make sure our city remains a living entity.”

Since 1977, Ukeles has been the official, unsalaried artist-in-residence at the New York City Department of Sanitation and has created pieces that encompass the infinite maintenance work that keeps New York City functioning, such as urban waste flows, recycling, ecology, urban sustainability and our power to transform degraded land and water into healthy inhabitable public places. Mierle Laderman Ukeles is represented by Ronald Feldman Gallery, NYC.

“I have long-admired Mierle Laderman Ukeles for her visionary work, and it is with renewed significance that we recall the very words she shared with public service workers over 40 years ago—acknowledging the labor and vulnerabilities of those most often taken for granted, which this pandemic has put into sharp relief,” said Jean Cooney, Director of Times Square Arts. “We are thrilled to be partnering again with 20 Times Square, the Queens Museum, and now with MTA Arts & Design, to reach as many New Yorkers as possible with this message of gratitude.”

“As our own Alliance sanitation and safety workers dedicate themselves daily to their work amidst pandemic and protest, this piece allows them to look up and know that they are seen, acknowledged and thanked, along with so many other essential city workers that literally keep this city moving and alive.” said Tim Tompkins, President of the Times Square Alliance.

“As the city and the world look to Times Square for resilience and recovery, we are proud to lead the charge in this initiative that recognizes essential workers and supports artists. We are sending a message that the world’s leading entertainment, retail, and tourism district is still here for the individual workers and families and fighting for their theaters, restaurants, and hotels,” said Mark Siffin, CEO of Maefield Development. “Art and experience go hand and hand in Times Square, that is why 130 million pedestrians have come annually to the district. The human experience in Times Square is inseparable with art, as it has been for 100 years and will be for the next.”

For  ——> forever…’s presentation at the Queens Museum is made possible with the support of the Shelley & Donald Rubin Foundation. Special thanks to the New York City Department of Parks and Recreation and Panny Chayapumh for her design work across the three sites.

The Queens Museum in Flushing Meadows Corona Park features contemporary art, events of hyperlocal and international impact, and educational programs reflecting the diversity of Queens and New York City. Changing exhibitions present the work of emerging and established artists, both local and global, that often explore contemporary social issues, as well as the rich history of its site. The Museum works outside its walls through engagement initiatives ranging from multilingual outreach and educational opportunities for adult immigrants, to a plethora of community led art and activism projects. The Queens Museum is located on property owned in full by the City of New York, and its operation is made possible in part by public funds provided through the New York City Department of Cultural Affairs. Major funding for the Queens Museum is generously provided by the New York City Department of Cultural Affairs, the New York State Council on the Arts with the support of Governor Andrew Cuomo and the New York State Legislature, the Lambent Foundation, the Andrew W. Mellon Foundation, and Bank of America.

MTA Arts & Design encourages the use of public transportation by providing visual and performing arts in the metropolitan New York area. The Percent for Art program is one of the largest and most diverse collections of site-specific public art in the world, with more than 325 commissions by world-famous, mid-career and emerging artists. Arts & Design produces Graphic Arts, Digital Art, photographic Lightbox exhibitions, as well as live musical performances in stations through its Music Under New York (MUSIC) program, and the Poetry in Motion program in collaboration with the Poetry Society of America. It serves the millions of people who rely upon MTA subways and commuter trains and strives to create meaningful connections between sites, neighborhoods, and people. For more information, please visit mta.info/art or follow #mtaarts.

Times Square Arts, the public art program of the Times Square Alliance, collaborates with contemporary artists and cultural institutions to experiment and engage with one of the world’s most iconic urban places. Through the Square’s electronic billboards, public plazas, vacant areas and popular venues, and the Alliance’s own online landscape, Times Square Arts invites leading contemporary creators, such as Mel Chin, Tracey Emin, Jeffrey Gibson, Ryan McGinley, Yoko Ono, and Kehinde Wiley, to help the public see Times Square in new ways. Times Square has always been a place of risk, innovation and creativity, and the Arts Program ensures these qualities remain central to the district’s unique identity.

For more than a decade, Mark Siffin, CEO of Maefield Development, which owns 20 Times Square, has delivered passionate support for the Times Square community and the Alliance. As a life-long artist himself, Siffin consistently embraces the importance of young being presented to the 127MM-person pedestrian audience that Times Square delivers every year. 20 Times Square is at the epicenter of this activity and serves as the showcase stage in our daily celebration of our shared humanity. 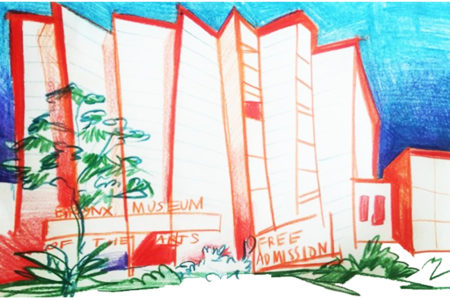 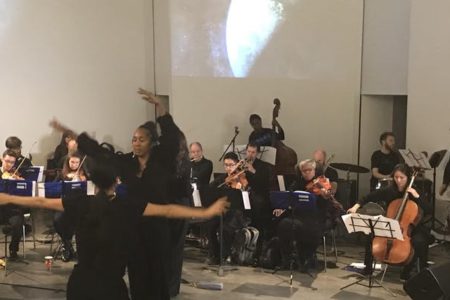