The man accused of masterminding a plot to blow up two synagogues in the Riverdale section of the Bronx was offered $250,000 by a paid government informant for his effort, according to papers filed in court on Wednesday by defense lawyers.

The papers, which seek dismissal of the federal charges, detail how the informant spent nearly a year courting the man, encouraging him to identify targets and recruit others to the mission. The informant, identified in the court papers as Shaheed Hussain, who had helped the Federal Bureau of Investigation in at least one other case, has been credited with helping to prevent the plot’s success.

Mr. Hussain posed as a wealthy representative of a Pakistani terrorist organization. He repeatedly dangled the promise of large cash payments as he helped oversee the recruitment of the four men arrested last May in the plot, according to the court papers, which draw from recorded conversations.

During one conversation last April, James Cromitie, the Newburgh, NY, man accused of leading the plot, told Mr. Hussain that he was out of the state trying to make money. The two had not spoken for six weeks, and Mr. Cromitie expressed reluctance at joining Mr. Hussain’s plan.

In another conversation, Mr. Cromitie referred to being told to offer $25,000 to anyone willing to participate as a lookout. “If you can assure them that they gonna see that much money, they gonna go for it,” Mr. Cromitie said, according to the documents.

The excerpts from the recordings, culled by defense lawyers seeking to have the case thrown out under entrapment rules, paint Mr. Hussain as the hands-on manager who steered Mr. Cromitie, along with three other men whom Mr. Cromitie recruited, to the doorsteps of the two synagogues, the Riverdale Temple and the Riverdale Jewish Center. The defendants deposited packages that they believed to be timed explosives in cars parked out front.

The defense lawyers contend that Mr. Cromitie and the other defendants – David Williams, Onta Williams and Laguerre Payen – would not have carried out an attack without the provocation of Mr. Hussain. The recordings, they wrote, show the government “decided to use large cash offers to try to cobble together a ‘conspiracy’ where none existed.”

Local and federal officials involved in the case have argued that Mr. Cromitie and the others were independently dangerous and that their desire to stage an attack was merely facilitated by the government. The officials pointed out that, unlike terrorism cases in which the attacks were stopped during the planning phase, the men actually tried to carry out the plot, which was later to involve firing a missile at a National Guard base in Newburgh.

A spokesman for the United States attorney’s office in Manhattan did not respond to a request for comment.

The role of informants in encouraging criminal acts has been a frequent point of contention in terrorism cases, including another in which Mr. Hussain was an informant, but juries have not generally been sympathetic to the defenses’ arguments.

The defense lawyers in the Riverdale case said Mr. Hussain had controlled the plot through to the final stages: he overruled Mr. Cromitie’s suggestion that the attack be at night so that no one would get hurt, and, during the would-be bombing itself, he reassured a panicked Mr. Cromitie, who could not figure out how the timers on the fake bombs worked.

“But for government’s money and supplies and Hussain’s indefatigable efforts, there is not the slightest chance that the crimes charged would or even could have occurred,” Susanne Brody, a federal defender, wrote in one of two filings in United States District Court.

Mr. Hussain and Mr. Cromitie met in June 2008 at the Masjid al-Ikhlas mosque in Newburgh, where Mr. Hussain had been approaching young men with offers of gifts and jobs. Mr. Hussain told Mr. Cromitie that he was a member of a Pakistani militant group with connections to Al Qaeda, according to the court filings. During the meetings, they complained about America and Jews, discussed possible targets for an attack and recruiting other participants.

Even as he offered cash for recruits, Mr. Hussain emphasized that participants must be motivated by principle. But Mr. Cromitie said that was not the case. “They will do it for the money,” he responded in one exchange. “They’re not even thinking about the cause.” 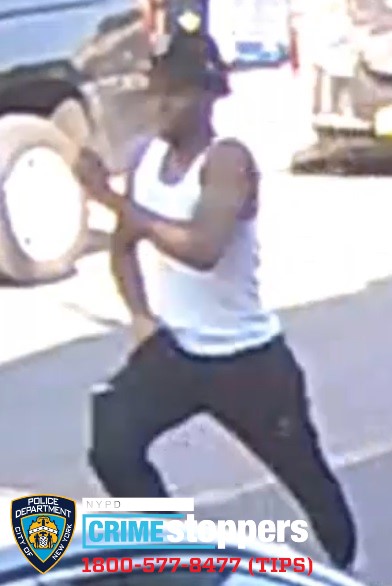 Rosemary Hernandez, 30, Arrested For The Murder Of Rafael Garcia, 22