Volunteer gardeners in the South Bronx looked on helplessly Monday morning as city workers yanked up their kale by the roots and threw it into garbage bags.

In a few hours, the city had destroyed their carefully tended garden beds, hauled away tables and chairs, and mowed under foliage in Morning Glory Community Garden on Union Avenue and Southern Boulevard.

Two years of grassroots work was destroyed in a few hours. “What we are seeing,” said Rafael Mutis, adjunct professor at Hostos Community College, “is just another threatened community garden in a low-income community where fresh food is already so scarce.”

The city hopes to develop the area and needs the garden cleaned out to prepare the  land for sale. A Bronx housing official, Ted Weinstein, said developers have expressed interest in bidding on the site, but first need to test it to see if construction is feasible.

“We are on orders to clear out the lot today,” Carol Allen, a department of housing representative, said to the stunned gardeners, holding petitions they’d hoped would save the garden from destruction “If you attempt to stop us, we will call the police.”

Until recently, the Morning Glory community garden was nothing more than an empty lot, owned by the city, and neglected for 30 years. Two years ago, a group of community members decided to convert the space into something useful.

On November 7. 2011, community gardeners Elliott Liu and Rafael Mutis stood outside of the fence with plans to gather signatures to take to City Hall, hoping community support could stall their eviction. Their plans were scrapped when the Department of Housing representatives arrived to clear it out.

Liu and Mutis frantically made calls for urgent support as the contract workers from Innovative Construction tore down a section of the fence and backed a blue van into the lot, running over small potted plants stopping to unload garbage cans, lawn mowers, and pickaxes.

“I don’t know why the city needs to clear out this garden today,” said neighbor Elizabeth Lynch as she signed the petition to save the garden. “If they have a plan to build something here, they should let the community know.”

Meanwhile community reinforcements gradually began to arrive on the sidewalk outside the garden. Anistala Rugama, of the Harm Reduction Coalition was disappointed that the high school students, who have the most stake in the garden, could not be there to protect it.

“The city came to destroy their garden while they are in school,” she said. “They were planning to come after school, but it might be too late.”

According to James Edgar of the Department of Housing, it is too late. “We have put up No Trespassing signs,” he told gardeners. “This is city property and they will do what they want with it.”

Attorney Kafhani Nkrumah believes the garden might still have a fighting chance. “The next step is to contact Community Board District Manager, Cedric Loftin,” he said. “He should represent you.”

Gardeners planned to host a rally Monday afternoon outside of the garden, hoping to gather community support. But for now, all they can do is watch from behind the fence, as their hard work and hope for a greener South Bronx is demolished before their eyes. 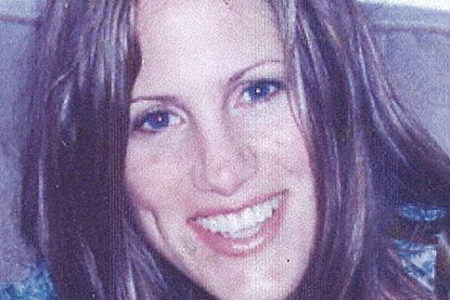