“The de Blasio administration has weaponized the land use process in a manner designed to steamroll any opposition to their plans to build a new Bronx jail on the wrong site—the Mott Haven tow yard.

“Without a doubt, Rikers Island must be closed. I am glad that this long-awaited outcome will finally be moving forward in a meaningful way following today’s City Council vote. On the other hand, I remain troubled by the precedent set in making such a monumental urban planning decision by lumping all four sites into one ULURP process.

“The closure should have been handled in the right way, with elected officials and stakeholders in all four boroughs having substantial input to ensure that future generations do not suffer from the consequences of poor planning and political expediency. I want to thank those elected officials and borough activists, especially New York City Council Land Use Chair Rafael Salamanca and the residents of the Diego Beekman Houses, who have understood throughout this process that the city has selected the wrong site in The Bronx and have worked to open the eyes of the administration to select a more appropriate site for this jail.

“Throughout this process I have been advocating to build the new jail Bronx adjacent to the existing Bronx Hall of Justice. With our citywide inmate population at a historical low, the Mayor’s Office has already admitted that the size of these jails can be reduced, which further validates that the Bronx jail could be moved to its proper location next to the court system, like the other boroughs.

“I sincerely hope that the city’s failure to engage with the community on site selection for such a major infrastructure project will not adversely impact this borough for decades to come,” said Bronx Borough President Ruben Diaz, Jr. 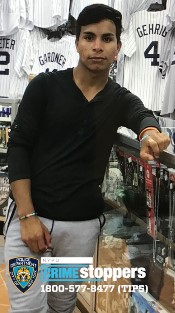