Four city Department of Correction officers were indicted Friday for assaulting an inmate and then trying to cover it up in subsequent reports.

If convicted of the most serious offense, the officers each face up to 15 years in prison, Mr. Johnson said.

A fourth correction officer, Ronald Donnelly, was charged with official misconduct and filing false records. He faces up to four years if convicted, Mr. Johnson said.

All four officers pleaded not guilty at their arraignment before Bronx Supreme Court Judge Steven Barrett on Friday. Their bail ranged from $200,000 cash or $100,000 bond to $20,000 cash or $10,000 bond. As of early Friday evening, it was unclear if the officers had been able to post bail, a spokesman for the Bronx District Attorney said.

Three of the guards are charged with beating inmate Carl Williams on March 15, 2014, at the George Motchan Detention Center on Rikers Island. Williams was being escorted back to the facility following a court appearance when he began cursing at the officers after they confiscated a bag of food he was carrying and threw it in a garbage can.

The indictment charges Messrs. Dorsainvil, Huggins and Anglin with holding Mr. Williams down on the floor of his cell and hitting him repeatedly. Mr. Donnelly is alleged to have witnessed the beating from outside the cell.

The beating caused Mr. Williams to receive medical treatment for contusions, bumps and cuts to his face—including nine stitches to his mouth, Mr. Johnson said.

Those accounts were contradicted by video recordings of the incident, prosecutors said.

“It was during a routine review of the Department of Correction use of force and witnesses reports in connection with this incident that discrepancies were discovered,” Mr. Johnson said. 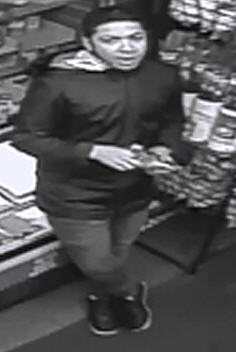