A Bronx, NY man who allegedly stole a car last month in Bristol to escape police who were investigating him for the theft of a $21 bottle of rum was arrested in Rutland this week, according to the U.S. Marshals Service.

Kevin M. Williams, 40, has been wanted in Vermont since Feb. 26 when he allegedly stole a 2005 Volvo to flee from Bristol police who were preparing to arrest him for stealing a bottle of Appleton Estates Jamaica Rum from a convenience store on West Street, according to records filed in Middlebury criminal court.

Williams’ whereabouts were unknown until Thursday when agents with the Marshals Service say they tracked him down in Rutland with the help of city police.

Williams, who the Marshals Service said has an “extensive” criminal history in New York, including convictions for drug possession and sales, weapons possessions and other felonies, allegedly lied about his identity when he was confronted by police in Rutland.

He was arraigned in Middlebury on Friday where he pleaded innocent to a felony charge of aggravated operation of a motor vehicle without the owner’s consent as well as misdemeanor charges of giving false information to a law enforcement officer and retail theft.

Judge Robert Mello set bail at $30,000 for Williams who remained in the Rutland jail Friday evening.

Bristol police say they were looking for Williams at an apartment on South Street when the Bronx man allegedly stole a car parked behind Cubbers restaurant on Main Street. An employee at the restaurant told police she was idling her car to let it warm up when it was stolen. She said she was walking to her vehicle when she spotted a man in the driver’s seat.

She said when she shouted, the man backed into the road and fled with her car.

But Bristol Police wrote in an affidavit filed in court that Rutland Police were contacted early in the search because one of Williams’ associates lives in the city on Elm Street. 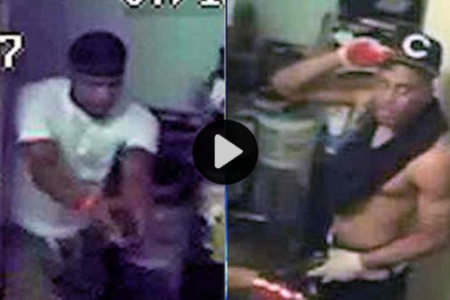 Alexis Flores, 20, Sought For The Murder Of Edgar Perez, 46