Their job is one of the most dangerous and thankless in the U.S. Army. Famously depicted in the movie, “The Hurt Locker,” explosive ordnance disposal technicians often risk their lives to save the lives of countless others. They are brave, bold, sometimes reckless and a little crazy. 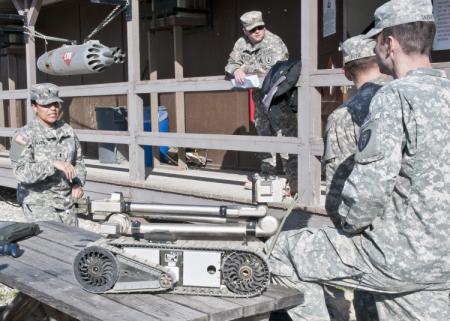 And she is not only one of them; she is their leader.

First Lt. Janill Castillo, a native of Bronx, NY, serves as the commander for Multinational Battle Group –East EOD detachment in Camp Bondsteel, Kosovo. Her team is part of the 759th EOD Company, based in Fort Irwin, CA, and has a unique mission here, which is much different from the typical missions EOD technicians have while deployed.

“Our mission here is to legitimize the [Kosovo Security Forces] EOD as an [unidentified explosive ordnance] response team here in Kosovo,” she said. That means helping train multinational EOD teams and, if the need called for it, responding to ordnance uncovered from the Kosovo War.

The 26-year-old Castillo’s job is similar to military police, civil affairs teams, and female engagement teams that already have females serving on the frontlines of combat.

Castillo, a graduate of the University of Virginia with a degree in chemical engineering with a concentration in biotechnology, joined the service as an enlisted soldier. She later went to Officer Candidate School and Basic Officer Leaders Course, where she learned about the EOD field.

“I thought it was a great opportunity to serve my country in a positive way and go into a field that most people do not choose,” she said.

Although this is her first deployment, Castillo understands the importance of being a female commander in such a dangerous and male-dominated career field, especially with the recent focus on women in service.

“It’s a rewarding field, especially for a woman. It’s a challenge to go in to a predominately male field and become their leader, but once you fully understand the field, you get a lot of respect. It’s a good feeling to know that women can execute such a high position in EOD,” she said.

The Office of the Secretary of Defense recently notified Congress of the Army’s intent to open 33,000 service positions this April that were previously closed to women. These positions do not include jobs in the 14 military occupational specialties that are currently closed to women, said Col. Linda Sheimo, chief of the Command Programs and Policy Division at the Directorate of Military Personnel Management, Army G-1, in a press release, January 24, 2014.

This means many women will have opportunities to work in fields like Castillo. She however, does not believe the transition will be a problem if everyone just does his or her job.

“Being a woman and a leader, your troops want to see you get out and get dirty with your soldiers. You have to show them you’re a soldier and I have to show them that I’m not just [a female] EOD officer, I’m an EOD technician and I can do their job if I have to.”

Her philosophy seems to be working too, as she has had nothing but success working with her team over the past year.

“They are a great bunch of guys. They are very loyal and respectful and we always execute any mission that comes our way,” she said.

“It’s great working with her. Since I’ve been an EOD tech longer, I help her with EOD stuff and she helps me with being a leader. There’s never been an issue with her being a ‘female.’ We only ever see a soldier,” said Staff Sgt. Michael Wohlrabe, from Grand Rapids, Minn., and detachment noncommissioned officer in charge.

Castillo will spend the next nine months deployed in the Balkans region and although there have been many titles given to her since deploying, like commander and EOD technician, there is one she is still uncomfortable being called.

“It’s funny, but I don’t consider myself a role model. It would be an honor if any woman considered me that and if they want to go into a combat field, all I can say to them is pursue whatever goals you have in life,” Castillo said.

As the Army begins to make this historic transition to open more career fields to women, Castillo’s parting advice is not only to the females who will transition in, but to the leadership who will be dealing with the change.

“There will be challenges, but if the chain of command supports those integrating into these fields and gives them the opportunities to excel, things will work out,” she said. 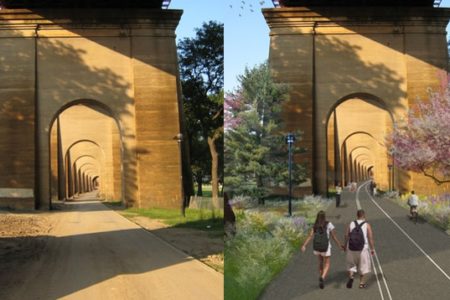