Home / News / Local / Are You A Role-Model Single Parent Family?

Do you believe in instilling good old-fashioned values, discipline and boundaries in your children? Can you give two British teenagers the chance to have some much-needed structure in their lives?

The BBC are looking for role model families to take part in a third series of the hugely successful show, World’s Strictest Parents. In each one-hour programme, two British teenagers will be sent to live with a family abroad, to experience life in their country under their rules. In the last series, the BBC sent overindulged teenagers from the UK to live with families over the world, from Jamaica to Israel, Alabama to South Africa. In this series we want to send two British teenagers to New York.

We are looking for educated, disciplined, and loving, single mother host families in the United States to act as a role model family to these teens. The family would need to be willing to accommodate the British teenagers for one week in May/June 2010 and instill in them the values and morality they demand of their own children.

Rather than “strict”, which sometimes has negative connotations, the parents need to be disciplined and firm but fair with their children. The best parents from the last series were loving, kind, caring and compassionate, but they felt that in order to be good parents, they needed to control the influences that came into their childrens lives, in the form of monitoring the TV, internet and music they listened to.

Most people do not go to that extent, but we are looking for parents who feel that it is important to maintain control over their teenagers lives and set boundaries in place which do not allow them to make bad choices. Don’t forget that in the UK it is culturally acceptable to drink, smoke and have a boyfriend or girlfriend at 16 – anywhere that does not allow this would be considered strict by our British teens!

We are keen to include a single mother family to show that there is not one universal family type and to highlight the diversity of families today. Our previous series of this show have focused on cultures and traditions but we’re hoping that this series will bring a broader perspective and explore different family set ups – which are often overlooked in television shows.

I appreciate that time is very precious for single mothers and this may be a factor in getting people involved with this filming. If it’s helpful to know the filming is very structured so that every day there will be activities planned and often the British teens are sent off to help with charity or community work, or are just attending school like the other children in the family.

However it is still a big commitment and I imagine that anyone who decides this might be something they are interested in will do it because they want to champion this cause – and use this as an opportunity to highlight what a fantastic job single mothers can do in raising families.

Many people believe there is a crisis in parenting in the UK – parents don’t want to discipline their children because they want them to be ‘free’, they don’t enforce punishments because they don’t want to be seen as ‘strict’. This in turn is producing a generation of overindulged, spoilt teenagers. Parenting is a difficult job and opinions on the best way to do it differ wildly – this series gets to the heart of this important and topical issue.

A Christian family from Jamaica were one of the host families on last year’s series and they found the experience extremely rewarding. They built great relationships with the two British teens, had their parenting techniques solidly reinforced, are still in contact with them and had a lasting impact on their attitudes to family, respect and self worth.

We are looking for inspirational, disciplined and educated host families. We would like a single mother family (with at least 2 children in their teens) who are proud of their strong parenting and family values. The British teens will be expected to attend school, church, complete homework and help with household chores; they will not be guests in the house but new members of the family.

Just to summarise, the key criteria for the families taking part:

Twenty Twenty Television is one of the UK’s leading independent production companies with a reputation for producing intelligent and award-winning programmes. www.twentytwenty.tv

If you are proud of your strong parenting and family values then please get in touch with us for more information about the series and e-mail: paulawittig@twentytwenty.tv or call Paula on 011-44-207-284-2020 and we will call you straight back.

Many thanks and we are ooking forward to hearing from you. 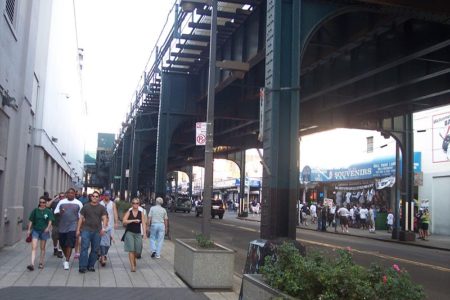