Bus riders from around the city rallied Sunday at a bus stop across from City Hall to urge the Mayor, the Borough Presidents and members of the City Council to expand to all five boroughs a successful “bus countdown clock” program that has worked on Staten Island. 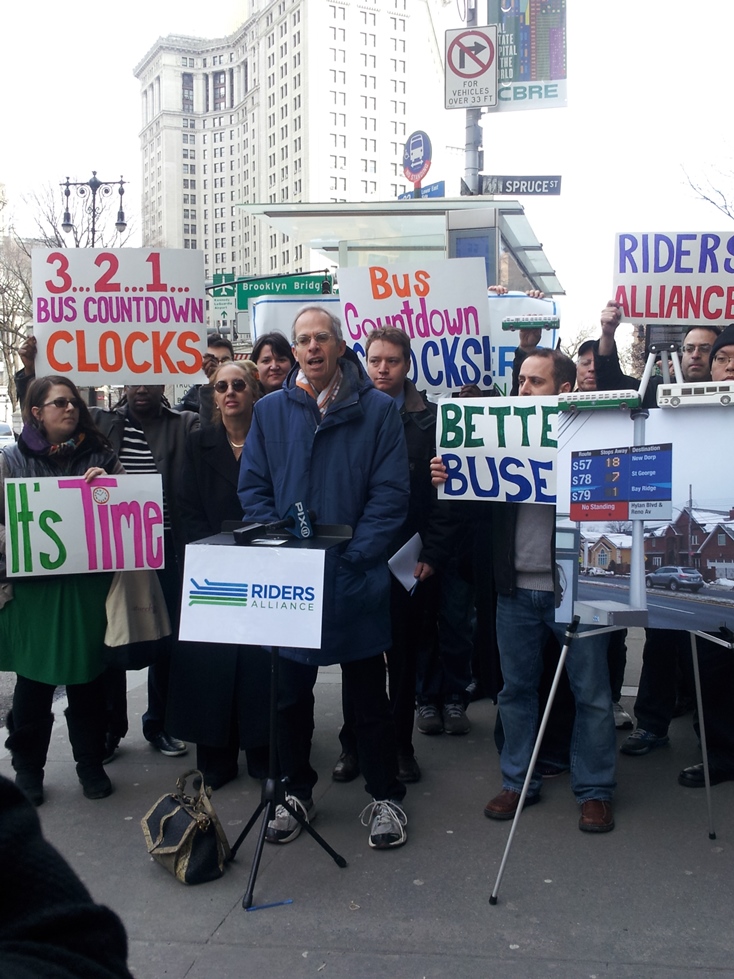 New technology allows for real-time clocks at bus stops that tell riders how far away their bus really is; bus riders called for New York to join cities from Chicago to Vancouver that have already installed similar signs.

The riders asked city government officials to expand the pilot program in the city budget and bring countdown clocks to heavily used bus stops throughout New York City, which has a daily bus ridership of more than two million people. Specifically, the riders asked the officials to use capital funds in this year’s budget–decisions that generally must be made before April.

“Bus clocks at key intersections are a logical next step to bringing real time arrival information to riders, especially those who don’t or can’t use cell or smart phones,” said Cate Contino of the Straphangers Campaign, who noted that  MTA’s “Bus Time” lets riders use electronic devices to find how many stops away their bus is.

For the first time ever, technology now exists to allow bus countdown clocks to be posted anywhere in the city: the MTA’s “Bus Time” program has placed GPS devices on all MTA buses in the city, and riders can already access real-time bus information on their smartphones or by using SMS texting in those locations. The Bus Time program already covers all buses in Manhattan, Staten Island and the Bronx, and will also cover Brooklyn and Queens within the next few months.

“I take the bus every day after work to get my errands done. I look up the street and don’t see the bus coming, so I ask myself: should I tough it out and take the train? Should I give up and try another time? As I enter geezerhood, buses are increasingly a better option for me, but I don’t have a smart phone to check when the bus is coming. Bus countdown clocks at my stop would help an older person like me plan my day,” said Bob Nelson, a member of the Riders Alliance who lives in Cobble Hill, Brooklyn, and takes the 5th Avenue buses in Manhattan, near his office.

Pilot bus countdown clocks, funded by the Staten Island Borough President, have been installed by New York City Department of Transportation at two locations in Staten Island (see example in attached photo, credit Riders Alliance). The clocks use GPS data from the buses to tell riders how many stops away their bus is right now.

Advocates are calling on the Mayor, the five Borough Presidents and members of the City Council to use their capital funding allocations to expand the pilot project to key locations around the city. Target bus stops could include stops that serve multiple routes, stops that have particularly heavy ridership, or stops that serve communities with less access to smartphones, such as senior citizens.

Each countdown clock will cost $20,000 to install, according to an estimate that the Department of Transportation has provided to members of the City Council. That estimate is for a free-standing solar-powered sign, not hooked into the electrical grid. Other cities provide the signs much more cheaply–for example, the Washington, DC transit authority has estimated installation costs of $4,000 per sign in its system.

Jordan Reisner, a member of the Riders Alliance who rides the B63 in Brooklyn, said, “I am excited about the prospects of bus countdown clocks, not only to improve bus service but also to encourage more people to take MTA buses, helping to alleviate strain on our subways and roads. We have the technology and resources.  In a city with an ever-expanding population and an aging infrastructure, we should do whatever we can to improve it. Let’s get it done now.”

Thomasin Bentley, a member of the Riders Alliance who lives in Windsor Terrace, Brooklyn, and takes the B61 bus to go grocery shopping and the B68 bus to visit friends in Ditmas Park, said, “The best way to get where I’m going is the bus. I try to time it using printed schedules but most of the time the bus doesn’t follow the schedule. If there’s bad weather, I find myself hailing a cab because I have no clue how long I will have to tough it out and I don’t want to be late. I want to use the bus. It’s clean and affordable. Bus countdown clocks would allow me to make the most of an otherwise great system. The text messaging service is a good start but I find it difficult to understand, and I’m a real tech person. I can imagine that it’s hard for other people to figure out as well.” 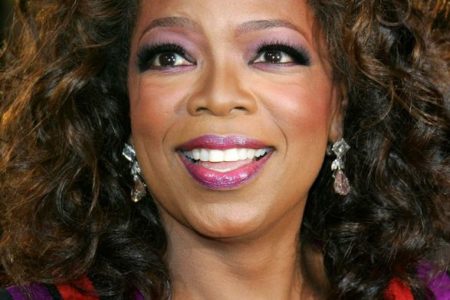