The Office of the State Comptroller posted the following audit today.

1.  While some exceptions were noted, surcharges were generally properly calculated and assessed for the tested transactions at the sampled developments. However, there were significant deficiencies in the practices used to confirm the accuracy of tenants’ self-reported income at two (Co-op City and Rochdale Village) of the three developments we reviewed.

2.  Income verification audits were required for 110 of the selected tenants in our review. However, we found that just 33 (30 percent) of the required audits had been done: 31 at Electchester, two at Co-op City, and none at Rochdale Village. As a result, there is limited assurance that tenants are paying surcharges based on their actual income.

The full text of the audit could be found here.

Another Castle In Bronx 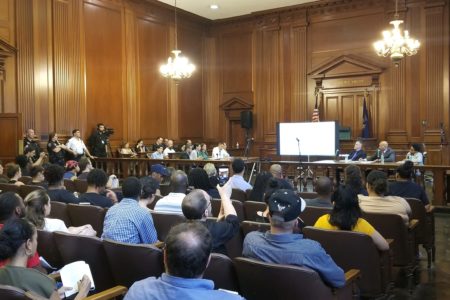