The New York City Police Department is asking for the public’s assistance in identifying the individuals, depicted in the attached surveillance video clip, who are wanted in connection to a robbery, that occurred within the confines of the 41st Precinct in the Bronx.

On Tuesday, October 05, 2021, at approximately 0325 hours, a 33-year-old male victim was walking on the sidewalk in front of 1070 Southern Boulevard, when two unidentified male individuals exited a burgundy vehicle and approached the victim.

Both male individuals then began punching and kicking then victim, while demanding his property and displaying a firearm. Individual #2 then striked the victim in the head with the firearm and removes his bag containing approximately $100.

The individuals then fled in the red vehicle to parts unknown. The victim was removed to NYC Health + Hospitals / Lincoln for a laceration to the left side of his head and was treated and released.

The individuals are described as two males, Black, approximately in the 20’s.

Individual #1 was last seen wearing a black jacket, red hoodie sweater, black pants with white stripes on the side and black sneakers. 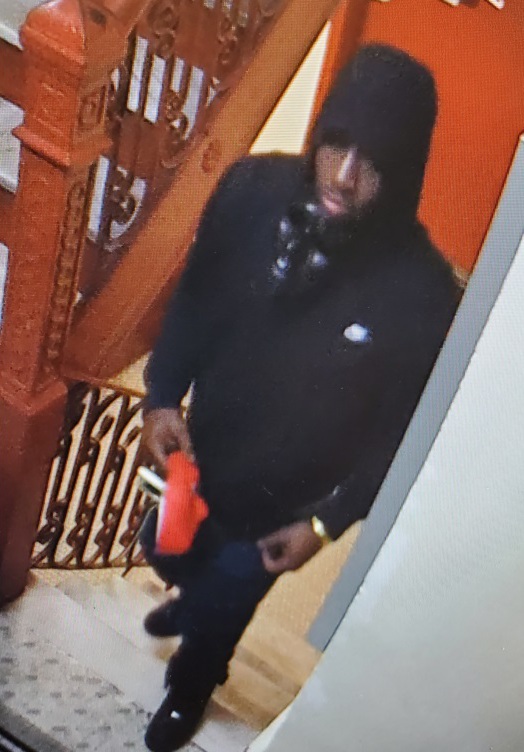