Hot enough for you? I have been thinking about heat lately, and not just because of the nation’s mostly torrid weather.

We all can easily verify that hot air rises – when you change a light bulb near the ceiling of your living room, you find the air up there is warmer than it is near the floor. Another fact about heat rests on a simple experiment. If you rub your palms together you’ll feel some warmth. Then, if you bear down on your hands, pressing them together hard, you’ll create quite a bit of heat.

Early scientists tried to understand the basic facts of heat with general theories. One such theory stated that heat was something like a fluid. After all, it seemed that it could flow from warm bodies into cold ones, equalizing over time so that both were at the same temperature. It sometimes affected the size of the bodies it inhabited, for example making hot air take up more volume than cold air – creating the reason that hot air rises.

But heat was an odd substance in some ways. It had no mass, a fact verified by weighing a solid object, then heating it up, and finding it still weighed the same.

Benjamin Thompson was an early scientist who studied heat. Born in 1753 in Massachusetts, he later moved to continental Europe where he was ultimately named Count Rumford of the Holy Roman Empire in recognition of his scientific accomplishments.

Count Rumford is famous in the history of science for a heat experiment. Back in his day, it was known that boring (grinding) out cannons made for a great deal of heat. Count Rumford immersed a cannon in a water bath, then ground out the hole as he measured the rise in temperature of the water. The change was so great the water actually boiled after two and a half hours of the heavy work. Count Rumford argued that the heat wasn’t a fluid at all, but something quite different that had been created by the vigorous motion of the grinding.Count Rumford’s work revived a theory of heat that had been put forward much earlier by Francis Bacon. As Bacon had put it, the “very essence of heat is motion and nothing less.” Heat and cold garnered Bacon’s attention in a way that may have cost him his life. As the story has it, he was riding in a coach in March of 1626 when he had the idea that cooling meat might delay its decay. He gathered up some snow with his bare hands and stuffed it into poultry. Shortly after that experiment, it’s said that Bacon caught cold and then died of bronchitis.

Bacon’s idea that heat was motion started to gain more adherents after Count Rumford’s work with the cannon. It fell to a man named James Prescott Joule to show that work of any kind can be transformed into heat. That included mechanical work – like rubbing your hands together or grinding out a cannon hole – or chemical work or electrical work. When heat became recognized as something that could be equated to work, the modern science of energy began to come into focus and the unit of energy we call a “joule” was not far off.

Even apart from rubbing your hands together, you’ll be an example of energy relationships today as you go about your daily life. You’ll take in chemical energy from food. As you know, if you eat more than you expend, you’ll gain a little weight – fat that later can be converted into energy.

No matter what else you do, you’ll burn energy today to meet the basic demands of keeping your body functioning. Even converting the food you eat into useful energy demands energy. So part of what you eat gets used up doing exactly that.

Beyond maintaining yourself and digesting your food, exercise can lead to significant energy expenditure. A gentle walk will use 150 to 300 calories per hour, while vigorous work like running or shooting some hoops can burn 500 to 700 calories per hour.

Best wishes managing your personal energy balance today. Remember, no matter how you do with it, you’ll come out ahead of Francis Bacon and his unfortunate experiment with the snow. 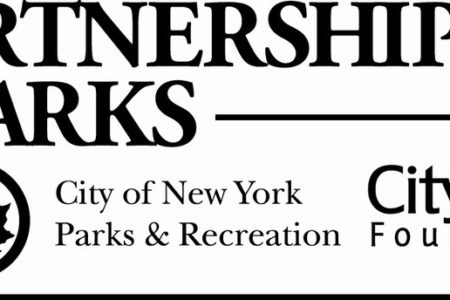