Steve Moore, economist and Chairman of the Save America Coalition, and Brooke L. Rollins, President and CEO of the America First Policy Institute, made the following statements upon learning that far-left radicals in Congress are losing support for their multi-trillion-dollar social spending bill.

“Yesterday’s announcement from Senator Joe Manchin on his opposition to the Big Government Socialism Bill, also known as the Build Back Better Act, was welcome news,” stated Brooke L. Rollins, President and CEO of the America First Policy Institute.

“Since the radical left in Congress proposed this legislation, the Save America Coalition has worked tirelessly to educate the American people on the multitude of horrendous and job-killing provisions in this $5 trillion-dollar Big Government Socialism Bill. And thankfully, the more people learn about this bill, the less they like it. If implemented, it would fundamentally change America for the worse. Fortunately, cooler heads have prevailed – for the moment. But we must continue to fight against this legislation that would increase already sky-high inflation, kill American jobs, drive-up energy costs, disincentivize work, and prioritize Communist China over American workers. Although it seems for now that President Biden and the Radical Left have failed in their most recent attempt to march our Nation toward socialism, we doubt they will give up. And neither will we,” concluded Rollins.

“Congratulations to Senator Joe Manchin for announcing his opposition to the Big Government Socialism bill, also known as Build Back Better Act. Senator Manchin has put the welfare of the country and his West Virginia constituents over partisan politics. People across America realize that more debt, wasteful government spending, and printing of money at this stage of our economic recovery is like pouring gasoline on a raging inflation forest fire and is completely irresponsible,” said Steve Moore. “Altogether, Congress has already authorized more spending this year than the combined costs of the Revolutionary War, Civil War, World Wars, the intercontinental railroad, the interstate highway system, and the Apollo moon landing, all adjusted for inflation. Each of these problems was solved, while this spending would make our problems worse. Congress should kill this bill completely and make sure it never comes back,” concluded Moore.

Over the last five months, the America First Policy Institute (AFPI), through the Save America Coalition, has been standing alongside other conservative groups to highlight the harmful policies in this massive multi-trillion-dollar Big Government Socialism Bill pushed by President Biden and the Radical Left. The Save America Coalition, with over 65 conservative organizations engaged in the fight to educate Americans, has published hundreds of policy papers, hosted numerous roundtable discussions with high-level congressional policy and communications staff, and traveled throughout the Nation to highlight the bad provisions in the Big Government Socialism Bill. This coalition will continue to lead a broad-ranging effort to expose policies in the Big Government Socialism Bill that threaten American families, American businesses, and American communities. 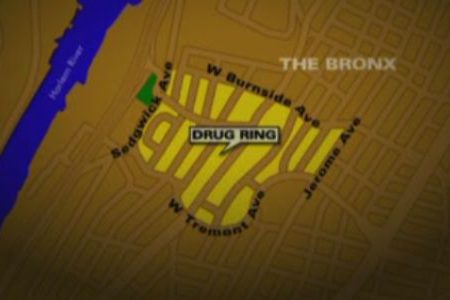 Hate Crimes On The Rise In Bronx & Queens