After a decade of failed attempts to pass a cap-and-trade law for greenhouse gas emissions, like the 1990 Clean Air Act Amendments addressing sulfur dioxide emissions and acid rain, President Obama in 2015 directed his administration to proceed alone. The result was the Clean Power Plan, in which EPA claimed to discover within obscure and little used provisions of section 111 of the Clean Air Act a hitherto unknown power to create a universal cap-and-trade program for the nation’s power plants. Through so-called “generation shifting,” EPA set physically unachievable standards for disfavored sources (like coal) and required those sources either to shut down or buy emissions credits from competitors using favored sources (like wind and solar).

AFPI and Boyden Gray argue in the brief that this plan was illegal, unconstitutional, and based on a plainly erroneous reading of the statute, which focuses on state authority to regulate particular sources of pollution. The brief makes three key arguments.

First, it contends that the Clean Power Plan runs afoul of the major questions doctrine, an interpretive rule that requires Congress to speak clearly when it wants to make a law that is “significant economically or politically.” As a result, when regulators “claim to discover in a long extant statute an unheralded power” the Court should be skeptical. The Clean Power Plan would cost billions of dollars and fundamentally restructure the nation’s electrical grid, shifting the economy away from disfavored sources and towards renewables, all without anything remotely clear in the statute authorizing such regulation.

Second, the brief argues that, unless restrained by the major questions doctrine, agencies will be able to use statutory ambiguity in a way that threatens our constitutional separation of powers. Specifically, because the “Constitution vests all legislative powers in Congress,” “Congress generally cannot delegate its legislative power to another branch.” To avoid this danger, courts construe statutory ambiguity narrowly to avoid endorsing a “a sweeping delegation of legislative power” that would implicate this non-delegation principle. This is underscored by the “Recommendation” clause of the constitution, which directs the president to “recommend… Measures” he thinks are wise, not to take them himself unilaterally.

Finally, the brief argues that the D.C. Circuit’s approach fails as a matter of statutory interpretation:

“The D.C. Circuit was able to reach its conclusion only by performing an audacious experiment in interpretive vivisection. It cut the statute into a number of pieces, expansively read certain favored words[], discarded unfavored bits, and then sewed the transformed parts back together into a statutory Frankenstein’s monster, a “being of a gigantic stature” and immense strength, yet deformed. The process is no doubt impressive… but[] has no relation to the [statute] Congress enacted.”

As the Biden Administration continues to engage in executive overreach in many other contexts, such as its illegal vaccine mandates, the importance of this case becomes more evident. With this latest Supreme Court filing, AFPI’s Constitutional Litigation Partnership continues to hold the government accountable and demand transparency while restoring the rule of law and preserving the integrity of our constitutional system.

The AFPI is a non-profit, non-partisan research institute dedicated to the ad­vancement of policies that put the American People first. Its guiding principles are liberty, free enterprise, the rule of law, America-first for­eign policy, and a belief that American workers, families, and communities are the key to the success of our country.

Amb. C. Boyden Gray has served as White House counsel, U.S. ambassador to the European Union, and U.S. special envoy to Europe for Eurasian energy. He was a principal architect of the 1990 Clean Air Act Amendments—a legal cap-and-trade plan and the most successful pollution-reduction program in American history. The law firm of Boyden Gray & Associates, where Mr. Gray continues to serve as founding partner, continues this legacy, advocating for intelligent energy policy and responsible regulation consistent with our constitutional structure. 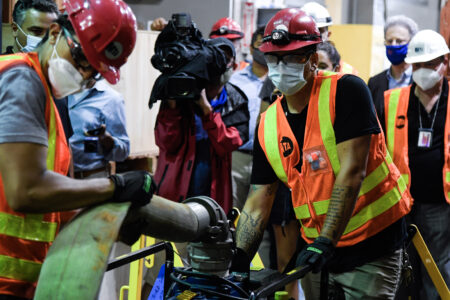 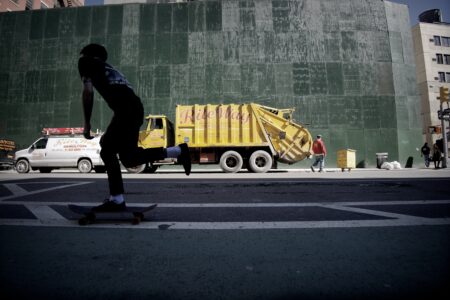