You should know that election time is right around the corner, and soon enough, you will find volunteers knocking on your doors to collect signatures, and asking for your cooperation to help their candidates qualify to appear on the ballot.

You should know that it is both ironic and frustrating to hear about the negative reception many volunteers experience while knocking on the doors to collect signatures from registered voters.

You should know and understand that the United States of America, our states, and our cities are practically bankrupt. Many people are furious because of the cost of social programs that elected officials have created and implemented and fight to protect when we are elected.

Therefore, when I hear people making comments such as “Nobody does anything for me” and “Why should I vote?” I feel like pulling every hair out of my head.

It is important that you, my dear reader, understand that such comments are often made by the very same people who are receiving government-funded benefits.

If they only realized that the apartment they live in and the food they eat are provided by programs that were created by elected officials, they might be willing to participate in the electoral process. If they only realized that thanks to the fights and struggles of elected officials, many people CAN go to the post office or to the bank once a month to pick up their checks.

You should know that while some people are saying “Nobody does anything for me,” there are people who insist that if those city, state and federal benefits would be cut, there would be a surplus in every budget every year. And there are people doing everything possible to cut those services.

My dear reader, you should know that it is because the elected officials fight hard to protect those services, that people receive benefits from the government.

Ladies and gentlemen, I am reminded of when the Prophet Elisha prayed and said: “Oh Lord, open their eyes and let them see.” 2 Kings 6:16 – and to this I add: because the worst are those who have eyes that work and cannot see. 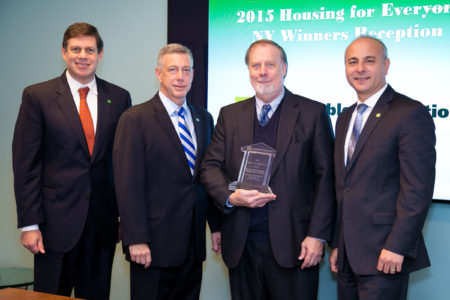 TD Bank Housing For Everyone Competition