Two recent demonstrations in the Bronx present a study in contrasts.

On the morning of Saturday, December 3, Occupy the Bronx held a General Assembly at the site of the Morning Glory Community Garden in the Mott Haven section of the Bronx. Or rather, they gathered at what had been the site of Morning Glory until it was razed by the city’s Department of Housing Preservation and Development (HPD), and padlocked by the New York Police Department (NYPD) to enable the city to sell it off for development.

The plan was to combine the General Assembly with a celebration of what Morning Glory had been -a successful effort to convert a vacant lot into a source of nutritious food and space for community-building in a neighborhood in need of both.

Prior to the establishment of Morning Glory by neighborhood residents with no official sanction from the city, the site was vacant for decades and had become a noxious dumping ground. The gardeners, including high school students, cleaned up the property and planted vegetables, herbs and fruit, which they distributed to the neighborhood.

At the event, Occupy the Bronx wanted to offer food and the opportunity to speak out about whether it made sense for the HPD and NYPD to turn Morning Glory back into a vacant lot, and about who would benefit from turning the site over to a private developer to build retail space and “affordable” housing.

Early arrivals to the General Assembly found a sizable contingent of NYPD officers waiting for them. They were told that they couldn’t set up for a stationary event because that would be “obstructing the sidewalk.” The sidewalk in question is a wide, windswept open space at a five-way intersection. A YouTube video of the event shows cops gesturing at an empty expanse of concrete.

Had there been any pedestrian traffic, it would not have been impeded–but even so, there were no passersby unconnected with the event. The police began making arrests as soon as attendees began pointing that out. Other attendees, at that point still outnumbered by police, began a march around the padlocked garden. Footage caught a commanding officer instructing his subordinates to “take them” as soon as they stopped. In all, five arrests were made, including of a journalist attempting to interview participants.

The baseless arrests occurred within sight of a crew from the local cable news channel, News 12. That the police have little to fear from mainstream media scrutiny was demonstrated by News 12’s coverage.

Despite its own reporter having been harassed, with an interview being interrupted by an officer demanding to see her identification, and despite having captured footage showing the absurdity of the NYPD’s claims about pedestrian obstruction, News 12 led its report with the police account, obscuring truth in the name of “objectivity.”

Participants then marched to the 40th Precinct and rallied across the street, their numbers swelled by passersby and a contingent from New Yorkers Against Gun Violence. Eventually, the five arrestees were given Desk Appearance tickets and released. Although they were instructed not to rejoin their comrades across the street, most did so.

AT A regular meeting of a Community Board committee attended by the precinct commander on December 7, Occupy the Bronx confronted the police over the arrests, offering to show the board members footage that demonstrated the absurdity of the charges. No one took them up on the offer. The precinct commander responded only by instructing Occupy the Bronx to apply for permits for future events.

Revealingly, a “community affairs” officer in attendance volunteered that the large police presence awaiting the attendees resulted from the fact that the Occupy the Bronx group was known to the officers from a previous event–even though the prior event had not included any criminal behavior or threat to public order. It was apparent that the show of force and quick arrests were planned to surprise and intimidate the movement.

By way of contrast, a larger demonstration occurred in the Bronx on October 28. Hundreds of unpermitted demonstrators converged on the Bronx County Courthouse during rush hour, blocking sidewalks and taking over corridors within the courthouse. Journalists were blocked from entering a courtroom, and in some cases physically restrained. Obscenities were shouted at people going to work in the courthouse and a court official trying to restore order. No arrests were made, and no force was used against the demonstrators.

Lest the reader assume that there had been a radical revision of the NYPD’s attitude toward the right of assembly and protest in the short period between these events, it should be noted that the protesters on October 28 were off-duty police officers, angered by the indictment of 16 of their colleagues, including two from the 40th Precinct, on official corruption charges arising out of a “ticket-fixing” scandal.

Holding signs printed by the Patrolmen’s Benevolent Association, some reading, “It’s a Courtesy, Not a Crime,” the cops were disputing the right of the district attorney to prosecute officers for fixing tickets received by friends and family of fellow officers.

Police Commissioner Raymond Kelley said he didn’t know the details about the officers’ behavior at the courthouse, but that it was “understandable” that officers would rally at a “time of trouble.”

When accounts emerged that officers reportedly shouted insults at people lined up at the welfare benefit center across the street, a spokesman hastily added that the commissioner did not approve of such conduct.

Of course, distancing the department’s leadership from expressions of racism is just another day at the office for a NYPD spokesperson. In recent months, wiretapped conversations in the ticket-fixing case captured PBA officials casually using racial slurs, and a Facebook group was created featuring officers’ complaints about being assigned to the West Indian Day Parade in Brooklyn. Postings included references to parade duty as “ghetto training” among “savages” and “zoo animals,” and a recommendation that a bomb be dropped to wipe out all the parade-goers.

THE CONTRAST between the two events illustrates a number of realities about policing in the Bronx-the city’s poorest borough. The arrest of a journalist, a woman of color, barely a week after the NYPD issued directives to avoid the arrest of journalists covering demonstrations is an indication that different rules apply in the Bronx.

Meanwhile, when off-duty officers take over a public building, insult Bronx residents and bully the media, there is neither condemnation nor accountability. There is no contradiction, however. Both are examples of the police making sure the community knows who the real occupiers are.

The precinct commander’s “helpful” suggestion that permits be obtained was simply a one-man game of “good cop/bad bop.” The “bad cop” will repress assembly and speech on a transparently false pretext, while the “good cop” promises a permit if Occupy the Bronx will negotiate with the police over just how much freedom it will be allowed.

The Occupy movement is beginning to spread to communities subjected to the most repressive police conduct. The attempts to intimidate and chill the movement may become more blatant and repressive, especially if authorities can confront small groups with overwhelming numbers.

Police in Bronx neighborhoods, as in similar communities throughout the nation, are not going to loosen their grip unless the movement confronts and exposes the bullying in every forum available. Planning for events will have to ensure that participants are not isolated and outnumbered by police, and that a rapid response-such as the unplanned rally outside the precinct-is always a possibility.

More fundamentally, the behavior of the police toward Occupy the Bronx should lend some clarity to the ongoing debate about whether the police are part of the “99 percent.” Obviously, if class background and household income are considered in a vacuum, it’s reasonable to expect the police to identify with the working class and its expressions of outrage over inequality, injustice and the oppression of the 1 percent. But who the police are as individuals shouldn’t blind us to what they do in their official capacities. Nor should we ignore the expressions of racism and contempt.

Official repression, lawless behavior and poorly concealed racism are elements of a consistent pattern by the police, and are necessary to the police “occupation” of communities of color. 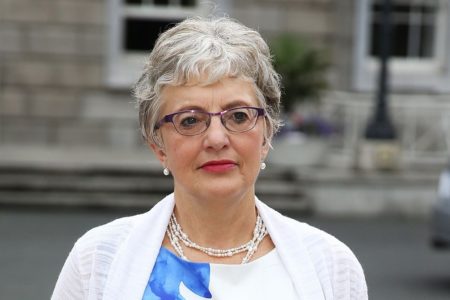 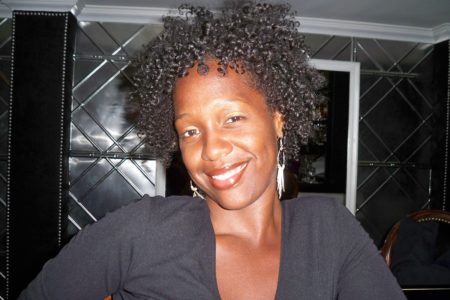 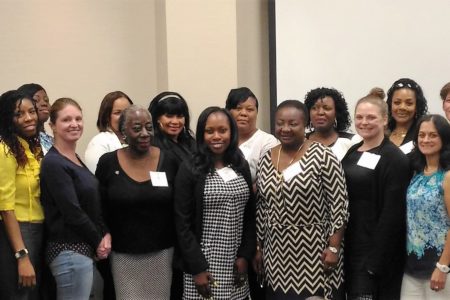