Home / News / Science / Wake Up And Smell The Genes

Like millions of Americans, my day starts by plugging in the coffeepot. In my case, it is an old fashion percolator. It clears its throat and brews my coffee while I rub sleep out of my eyes and brush my teeth.

My habit of starting my day with coffee – and following that initial cup with doses of java in the mid-morning, the late morning and the early-afternoon – may be at least partially grounded in my genes.

Researchers have long believed that genetics influences a person’s daily coffee consumption. Early this fall, a new study fleshed out just how many variations in genes may be involved in determining who drinks a lot of java.

Marilyn Cornelis of the Harvard School of Public Health helped orchestrate the research published in a journal called Molecular Psychiatry. The work rested on about two dozen previous research projects that had a total of about 120,000 subjects. That is a big group, made up of people who answered questions about how much coffee they consumed and then donated a sample of their DNA to researchers at the Harvard School of Public Health and Brigham and Women’s Hospital in Boston.

In the past, scientists had identified two genetic variants that “code” for coffee consumption. Now six new gene variations have been found to be common in people who drink a lot of coffee and other caffeinated beverages. Four of the newly discovered variants are linked either to the stimulating impact of caffeine on the body or to how we break down caffeine – two loci (POR and ABCG2) change the metabolism of caffeine; two other loci (BDNF and SLC6A4) appear to relate to how rewarding is the experience of caffeine.

The last two loci (GCKR and MLXIPL) found in the study were not expected: they are not clearly associated with caffeine but rather act to control blood sugar and cholesterol levels. It is not known how they relate to the propensity to quaff coffee and other caffeinated beverages.

Cornelis told the New York Daily News that the genetic variants do not correspond to how strong coffee tastes to an individual. That result surprised her, as it does me.

The Harvard Gazette also wrote a piece on the findings. It mentioned the fact that some studies have shown benefits from drinking coffee each day. Cornelis has not been a coffee drinker, but because of some of the information coming out in recent years, she is giving java a go.

I wish Cornelis well in her personal experiment. I can admit I didn’t like the strength and taste of coffee when I first tried it in college. But now I think coffee tastes good and, to me, the taste of good coffee seems quite mild. I also think coffee-flavored ice cream is grand – in particular when it comes with a cup of hot coffee on the side.

Maybe my love of coffee was determined when my genes first formed in utero. It is an interesting thought. 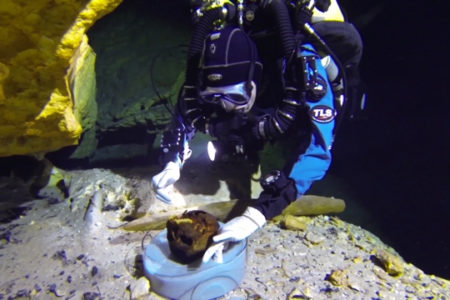