My scientific training tells me that the days are getting a little bit longer now. And I do believe that. But my spirits say it remains dark awfully long into the morning and the sun surely sets early in the afternoon.

Even if you are not affected emotionally by the short days of winter, could they affect your health? That depends on whether low levels of vitamin D in the body are bad for you.

One way we get vitamin D is by manufacturing it in our bodies when sunlight strikes our skin. In the winter, not only are the days short, but we often are covered up for warmth, making the manufacture of vitamin D fall considerably from summer values.

Doctors have struggled for some time over the question of whether a low vitamin D level in the blood causes disease or whether poor health is the cause of low vitamin D values. A recent study in Europe makes the case that a low level of the vitamin is, itself, a factor that increases the death rate. The study used a technique called Mendelian randomization to pick apart what was causing what in a large data set.

Shoaib Afzal of Copenhagen University Hospital was the lead author of the study recently published in the journal BMJ. The research used information from over 95,000 people in Denmark. The entire group was tested for a natural genetic condition that reduces vitamin D in the body. Over 35,000 people in the group is generic xanax just as good also had their serum levels of vitamin D measured. Using medical records, the researchers knew 10,349 of the people in the group died from the period from 1981 to 2013.

The study hinges on the fact that it had two large sets of people to study: one that had the genetic condition for low vitamin D and the other that did not. The researchers assumed that so-called confounding factors – like cigarette smoking, obesity, diabetes, etc. – were similar in the two groups. In other words, the only difference between the two large groups was the genetic condition and its associated impact on vitamin D levels.

When it comes to vitamin D levels and death, “this study shows there may be a causal relationship,” Afzal was quoted as saying to The New York Times. But more work must be done before Afzal’s team would recommend you take vitamin D tablets.

There are some gray areas when it comes to Vitamin D – just like the gray weather common this time of year. Ask your doctor if you should be tested for Vitamin D levels or what her opinion is about the risks versus the benefits of supplements. 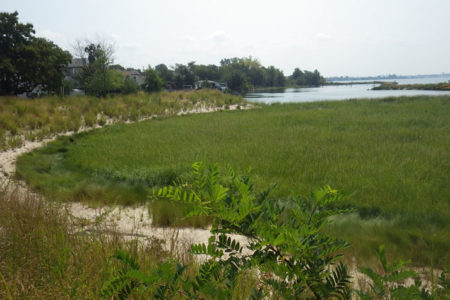