Where are we now?

There are exciting times ahead for the city that never sleeps. Changes to gambling laws mean that, with a favorable wind, New Yorkers will be able to place online bets on the Super Bowl 2022. Many people would say that it is high time New York caught up, after all, online legal gambling has been around for a few years now and it’s not like New York to be behind the times.

Where is gambling currently legal?

As of today, mobile casino and poker gambling are legal in New Jersey, Pennsylvania, Michigan, and West Virginia. The most recent addition offering online wagering in October this year was Connecticut. Nevada and Delaware allow online poker. Mobile sports betting is also available in those three states apart from Delaware together with Illinois, Virginia, Colorado, Tennessee, and Indiana, Iowa, New Hampshire, Oregon, Rhode Island, Montana, Wyoming, and Arizona. As you can see it is still only a minority of states that approve it, so while New York is not leading the pack, it is certainly up there amongst the front runners when it comes to online gambling. It will be interesting to see if Maryland, Louisiana, or New York will be the next to cross the line and get mobile sports betting up and running.

It was back in 2013 that the first brick-and-mortar casinos were legalized in New York state. Sports betting followed in 2019 after the Supreme Court ruling which overturned the 1992 rule which had banned it. This meant that it was up to individual states to determine what gambling was and was not permissible in their jurisdiction. Then, departing Governor Andrew Cuomo started the ball rolling to make online gambling available to visitors and residents of The Big Apple earlier in 2021.

New York is making some big steps. Earlier this year tenders were invited to take up licenses. On November 08, 2021, 9 licenses were granted. The following operators will be setting up their servers to allow New Yorkers to access betting from their own homes: Bally’s, BetMGM, Caesars, DraftKings, FanDuel, PointsBet, Resorts, Rush Street Interactive, and WynnBE. However, that is just the first step in a relatively complicated and very expensive process.

While it has been legal to have a flutter on the outcome of a sporting event since 2019, you have to travel up to Resort World in the Catskills to legally place a bet. Alternatively, New Yorkers might cross the state borders to New Jersey, Pennsylvania, or Connecticut to place a wager. Mobile betting is different, however, because you don’t need to leave home to do it. You will be able to log on from your mobile phone, tablet, or laptop to place your bets and get an armchair sportsman’s seat.

Running an online sportsbook requires massively powerful computer processing. The servers to do this have to run out of one of New York’s four licensed casinos. The initial licenses that have been granted are for a ten-year period. A one-off $25 million Gaming Commission fee is a high price for the operators to pay. In addition, the sports betting platform will be charged $5 million annually by the casino that hosts its server. On top of these fixed costs, Sportsbooks will have their tax rate calculated at 51% of their gross gambling revenues.

They obviously think that there is money to be made or they would not be making investments on this scale. New York’s population of almost 20 million people is attractive to the gambling industry due to its wealth, fanatical interest in sport, and its proportion of high earners. New York is considered to be one of the most important and largest markets in the USA.

With New Yorkers able to gamble from home, there could be less of an incentive for them to travel to a more exotic location to play in a bricks-and-mortar casino. New Jersey might see a drop in visitors from its neighboring state with 20% of its current bets being placed by traveling New Yorkers. However, looking at the gambling statistics USA it becomes clear that the sports betting market is still very immature. Independent research suggests that while many people are used to playing lotteries, comparatively few people have placed a sporting bet.

It will be up to the marketing men to change this. With the right communication and messaging, there could be exponential growth from a small base. Those companies investing millions of dollars in mobile sports betting in New York wouldn’t be doing it unless they were confident that they were going to get a decent return on their investment.

Let us hope the punters are able to enjoy the fun and excitement too. Will you be placing a wager? Coming to a mobile or online device near you very soon.

Getting Approved For A Small Business Loan 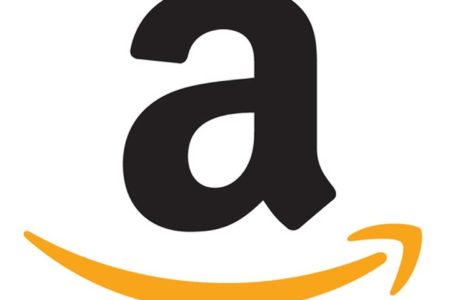 4 Ways To Turn Your Life Around