Scientists have been hard at work in recent years combatting a significant disease of wheat. Stem rust is caused by a group of nasty fungal organisms that can infect wheat plants and devastate yields. In some cases up to 100% of the crop can be lost.

That is a disaster for farmers, obviously, but it is also potentially an enormous problem for those of us who eat bread, hotcakes and muffins, and who want to keep such foodstuffs in our diet.

The battle between stem rust and agricultural researchers is not new. Sometimes the tide runs in one direction, sometimes in another. At the end of the last century the advantage went to the fungus side. In Ethiopia and Uganda in 1998 and 1999, a new type of stem rust appeared. It’s known for short as “Ug99” for Uganda, 1999. The new rust is able to grow on most strains of wheat raised the world around. Because wheat is so important to the human diet, Ug99 has been seen as an enormous threat to the world’s food supply.

Luckily, Ug99 is apparently still limited in its occurrence to east Africa and possibly Iran. So far it is not spread to places like Pakistan where it could devastate a food supply on which many millions of people depend. But time is ticking away, and the threat of Ug99 is very real.

To help farmers everywhere, ag researchers have been trying to give wheat genetically-based resistance to stem rusts, including Ug99. If the plant itself could resist infection, the problem of Ug99 infection would be solved without the expense of sprays.

I live surrounded by farmland and I like to hope I appreciate all farmers do. But it is also worth remembering that agricultural researchers are an important part of the picture that gives us an abundant food supply even in the face of constantly evolving disease threats. So let is hear it for the pointy-headed researchers in labs, greenhouses and test plots everywhere.

One ag researcher at Washington State University is Prof. Tim Murray. Murray is a plant pathologist, in other words someone who works on combatting diseases in plants. Murray was kind enough recently to talk to me about two articles published this summer in the journal Science about Ug99 and resistance to the disease conferred by two genes.

Some 10,000 years ago ancient farmers started to bring about what ultimately became modern bread wheat. Such wheat emerged from the cross-breeding of several wild grasses. The first big step was taken with the crossing of two genomes or species of plants. Then another cross-pollination combining three genomes led to basic bread wheat as we know it today.

“One of the techniques we have as researchers is to go back to wild relatives looking for useful genes,” Murray said.

Two such useful genes have now been identified, Sr33 and Sr35 (the Sr stands for “stem rust”). And those genes have been put into varieties of bread wheat via traditional crossing (not GMO). I have written in the past about the value of research that’s done by making collecting trips around the globe in search of varieties of wild plants that are kin to our crop plants. Such trips and the seed banks that house the resulting collections can be used to create give researchers materials for crosses when they need it.

The Sr33 gene gives wheat a relatively broad range of stem rust resistance but not excellent resistance to Ug99. Sr35 confers effective resistance for Ug99 but is vulnerable to other stem rusts.

“The next step is for researchers to combine Sr33 and Sr35 in one plant,” Murray said. “That’s not an uncommon strategy, combining multiple resistance genes into one variety of wheat.”

Murray explained to me more work must be done and Ug99 remains a serious threat. But the two recent articles mark real progress. And in such an important arena as the world’s wheat supply, it is worth celebrating the victories that researchers are starting to make over major threats like Ug99.

A Predator After All

Ignorance & The Progress Of Science 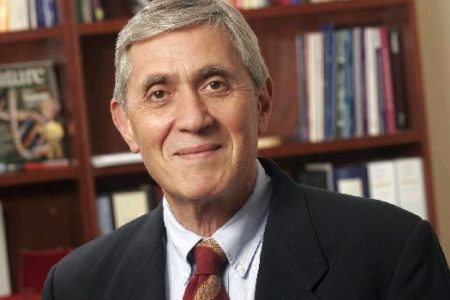