I own a couple of small gold nuggets. They came from the Round Mountain gold mine in Nevada, which I visited a few years ago. A tour of the open-pit mine was crowned by a visit to their foundry where the molten metal was poured into gold bars.

Those bars are what is called doré gold, that is, it is the metal as it comes out of the ground with minor impurities in it like silver. The doré bars are then transported to a refinery where pure gold can be separated from other metals. I got to heft one of the doré bars, and I can attest that gold is, indeed, remarkably dense.

A mega-gold nugget found in California was in the news recently. It was large enough to about fill a human hand and weighed just over 6 pounds. That is about 75 troy ounces. It was dubbed the “Butte Nugget” because it was found last summer in Butte County, supposedly on public land. The nugget sold for about $400,000 to a buyer who chose to remain anonymous.

News reports – sketchy because of the secrecy of the discovery and sale – said the nugget was found with a metal detector. When the detector indicated an extremely strong signal, the operator thought he had likely found a piece of pipe or a horseshoe. Happily, he had the good sense to dig down about a foot into the soil where the nugget lay.

Gold occurs in the Earth in two main forms: as lode gold or as placer gold. Lode gold is found in veins, usually made of quartz, that cut across rocks. You may recognize the word “lode” as part of the famous idea of the Mother Lode, the mythical deep and rich vein thought to be that from which other smaller veins branch off. If you find the Mother Lode, your financial problems are over.

When gold veins occur at the surface of the Earth they are broken down, or weathered, by water. The quartz in the veins crumbles into quartz pebbles and sand. The gold is liberated from the vein material, falling out as loose nuggets or small gold grains that can be as fine as sand. Because gold is dense and does not react with water under most conditions, loose gold can accumulate and form what’s known as placer gold ore. In streams, placer gold is found where running water slows down and the gold settles out: on the inside bend of turns in streams and behind boulders.

Patience, a good metal detector, and lots of luck can clearly still lead to stupendous gold nugget finds. Like winning the lottery, dreaming of mega-nuggets keeps hope alive even in the dark days of December. Writing about this subject makes me think that, as I sit by the fire in my woodstove one evening this week, I will get out my little gold nuggets to remind myself of longer days and outdoor activities we can look forward to in the New Year. 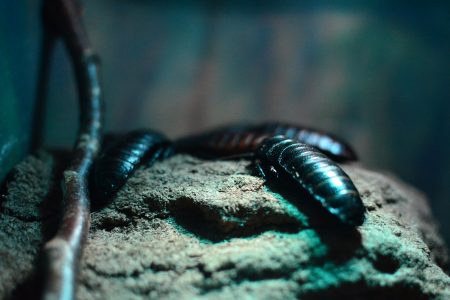 From Shopping Bags To Diesel Fuel