He would not admit it, but Augustine Cruz has grown too old for this. His hand trembles as he rubs the figure he is carving. You can see the veins bulge on his balding head as he grimaces through the last few strokes. For just a moment, when he is done, his brown hands and the wooden body seem one.

As he wraps up his tools – a set of files, chisels and a mallet – the tremor in his short, thin, 61-year-old frame is less obvious. He looks satisfied with his sculpture, though it is far from finished. For more than 40 years, Cruz has carved wood into items that people could use, artifacts that shops would sell, or illustrations of problems that society should fix.

But while his work has made it to galleries, museums and libraries across the Bronx – particularly in the Mott Haven ‘art district’ – this Puerto Rican woodcarver has lived his entire adult life in the same rent-controlled apartment in Hunts Point, collecting welfare checks that place him halfway below the United States’ official poverty line of $22,350.

Cruz’s story is typical of self-taught or ‘outsider’ artists in the South Bronx. Their art, though widely appreciated, never sells for much. Many of them are disabled, forced to live off social security and food stamps. But they remain an important part of the population, a reminder that it is possible for art to survive even in the country’s poorest neighborhoods.

Life, as Cruz remembers it, started around his second birthday. He had his first epileptic fit, and landed in an orphanage in upstate New York. He didn’t see his parents for the next 10 years. “My father was an alcoholic,” he recalled. “He fought with my mother all the time. They couldn’t take care of me, so I ended up at St Agatha’s Home.”

He returned to his mother for a while when he was a teenager. An uncle who worked with oils was an early influence, and young Cruz found himself looking for landscapes to paint. But he was quick to realize that this wouldn’t work out. “I couldn’t afford the colors, the brushes or the canvas,” he said. “Then I found wood, and I found it everywhere, without having to pay for it.” His first carving tool was a butter knife.

Medication was the other thing Cruz needed regularly but couldn’t afford. He dropped out of high school after a seizure in class. “The kids were okay with it, but the teachers didn’t want to see me go all epileptic on them again,” he said. In the years that followed, he tried to salvage his life between the frequent trips to the hospital. “The up side was that it motivated me to work for myself,” he said. The woodcarving continued. He got better with practice, and cut himself less often.

During his 20s, the Bronx began to burn – and his life with it. It wasn’t just the fires. “Drug abuse destroyed my family,” he said. “We were nine brothers and sisters. Three of them eventually died of AIDS. One is in prison for life. Edwin, who lives nearby, managed to rehabilitate himself. But the rest, I don’t know where they are.”

That’s why he moved to Hunts Point, and began to explore the human situation with his woodwork. A friend brought him a two-foot square of hardwood from the Caribbean; Cruz carved it for two years, pouring his feelings about drugs into the sculpture. “I portrayed actual addictions,” he recalled, “in the gestures of three nudes – drinking with a reclining male, smoking with a female, and ‘spacing out’ with a seated male. They had cracks on their bodies, not only to allude to the drug, but also to express how addicts fall apart. They destroy much more than their lives. It affects their relationships, communities and society at large.”

He mentioned his addict mother as an afterthought: “The last time I heard from her was 10 years ago. I don’t know if she is still alive.”

It is all this love he never had – from parents, partners or children – that Cruz brings to his woodwork. His experiences haven’t hardened him. “He is very compassionate,” said Carey Clark, who runs The Point on Garrison Avenue, an organization that helps local artists become more independent. “There was a time when he let more than 40 birds share his one-bedroom apartment. Animals have been a recurring theme in his work.”

A top credit consultant and online radio host recently paid $500 for a bird sculpture, making it Cruz’s most expensive work till date. But this is a one-time success, and he remains limited by both his health and finances. “As a sculptor, he needs more materials to work with,” said Jose Rivera, another outsider artist with physical challenges, whose work is often showcased with Cruz’s. “But acquiring mahogany or redwood is expensive,” said Rivera. Cruz’s only option is to get all the wood he can when he finds a tree felled by man or nature.

Cruz remains the people’s artist he always was. When he started in the 60s, he made snake-headed walking canes that were the fad. When America’s war on drugs peaked, he depicted it as an eagle trying to fly a skull out of debris. “He is not an egoist,” said Clark. “Before starting to work on an idea, he asks people for their opinion. It’s his own little survey of the public demand.”

But his current piece, the still unfinished nude lovers, is different. For a change, Cruz is sharing a personal conversation, in wood. “I have never made love,” he said, with an indifference, that gave away nothing of the pain of 61 years spent trying to survive severe epilepsy, an orphaned childhood, a broken family, a fledgling career and a dangerous South Bronx – with just his art for company. 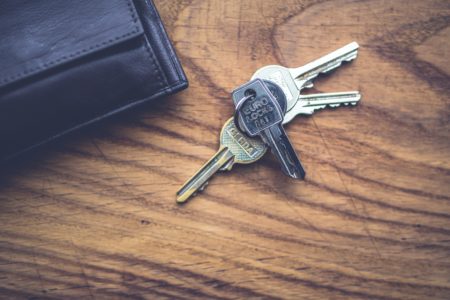 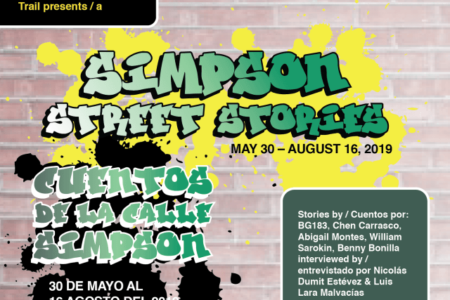