Home / News / Real Estate / Is The Bronx The Most Affordable Borough To Live In?

New York is consistently one of the most expensive cities in the world to live in. So much so that many cost-of-living indexes use New York as the benchmark against which they measure. At the moment, there are actually a number of cities around the world that are more expensive than New York City. However, when it comes to rent, only San Francisco is more expensive.

This will not surprise most New York residents, who know all-too-well the struggle of paying rent at the best of times. But not all boroughs of New York are created equal. Some are particularly expensive, while others are relatively affordable.

The Bronx is seen by many as one of the cheaper parts of New York. But is this still the case? Is the Bronx the most affordable borough to live in?

Renting in the Bronx

Rent is more often than not the biggest expense a New Yorker has to contend with. As mentioned, New York City is the second most expensive city in the world when it comes to rent. Does this apply to the Bronx?

The answer is… kind of. Compared to the average rent of the city as a whole – around $3,526 per month – renting in the Bronx seems incredibly cheap at $1,658 per month. However, this is still higher than the national average of just under $1,500.

Basically, this makes the Bronx one of the cheapest boroughs of New York to rent in, but you’re still paying a premium for living in NYC.

Of course, rent itself is not the only monthly expense you’ll have which is specific to the city.

When renting, you are fortunate enough not to have to pay homeowners insurance. But did you know that the landlord’s insurance does not cover your possessions?

Every renter needs renters insurance in NYC. Renters insurance covers your property in case of disaster or theft. It is crucial for anyone who does not own their own home. While you do not have as much to lose as a homeowner, the sudden destruction of your most expensive possessions – or all of them in a worst-case-scenario – could leave you destitute.

Renters insurance can also cover personal liability, which will help if your landlord claims against you for damages to their property.

General cost of living in the Bronx

This comes with a caveat. While the Bronx may be cheaper than other parts of NYC, residents have less spending power. This is because people living in the Bronx are earning significantly less than people in other parts of the city. As with most financial correlations, this goes two ways.

People earning lower incomes choose to live in the Bronx because it is cheaper. But living in the Bronx also disadvantages people from some of the better jobs because they are far from the city center. If they are working in the city center, they have to travel in heavy traffic every day, which may also prevent them from being able to work extra hours or at a second job.

Ultimately, it is cheaper to live in the Bronx than almost any other borough in New York City, and yet it is still more expensive than most parts of the country. Coupled with lower incomes, residents of the Bronx have less spending power than most New Yorkers and most Americans in general.

Living in NYC is always going to be tough financially. Even those who are doing fairly well still have to budget and plan. The Bronx is relatively cheap, but that does not make it a financially easy place to live. 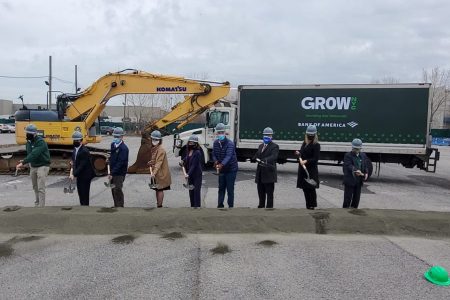