The New York City Police Department is asking for the public’s assistance in ascertaining the whereabouts of the unidentified male, seen in the attached surveillance photograph, who is sought in connection with an assault, which occurred within the confines of the 52nd Precinct in the Bronx.

It was reported to police that on Thursday, September 16, 2021, at 1159 hours, in the vicinity of Reservoir Place and Reservoir Oval Walk, an unidentified male pistol-whipped the victim, a 33-year-old female, and discharged a single round, which struck a four-door Lexus sedan, that was parked and unoccupied.

The victim, who suffered bruising, swelling and a laceration to the head, was transported by EMS to an area hospital in stable condition.

The unidentified male fled in a grey Acura ILX.

Freddy Polanco, 21, Arrested For The Murder Of Irvin Payne, 30 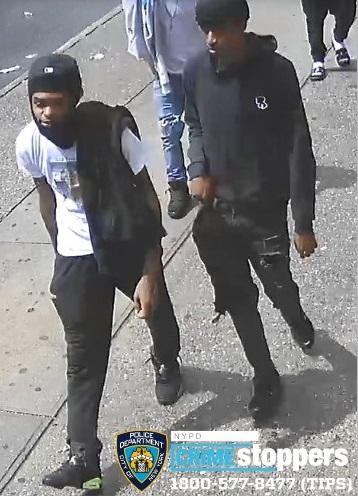