The New York City Police Department is asking the public’s assistance identifying the individual, depicted in the attached surveillance photographs and video clip, who is wanted for questioning in connection to a criminal sex act, that occurred within the confines of the 33rd Precinct in Manhattan.

On Thursday, June 04, 2020, at 1515 hours, on the corner of Edgecombe Avenue and W. 165th Street (Highbridge Park / playground), a 28-year-old female victim was walking in the park when an unidentified male grabbed her from behind, dragged her into some bushes and choked her into an unconscious state before removing her jewelry. The male then proceeded to force the victim to perform a sex act on him before fleeing in unknown direction.

The victim was transported to an area hospital, where she was treated and released.

Johnnie Pabon, 33, Arrested For The Murder Of Mauricio Rincon, 42 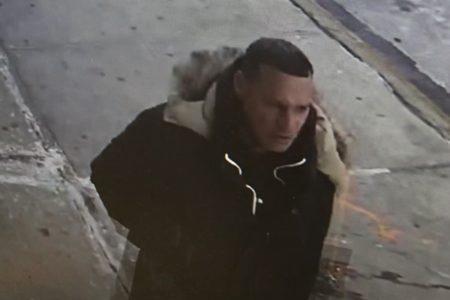