The New York City Police Department is asking for the public’s assistance in ascertaining the whereabouts of the unidentified female and three unidentified males, who are seen in the attached surveillance photographs, who are sought in connection with a robbery in transit, which took place within the confines of the 40th Precinct / Transit District 12 in the Bronx.

It was reported to police that on Saturday, November 14, 2020, at 1640 hours, the victim, a 58-year-old male, was aboard a northbound 2 train and became involved in a verbal dispute with an unidentified female.

Upon arrival at 3rd Avenue – 149th Street Station, four unidentified males boarded the train and joined the unidentified female in punching the victim and removing his backpack, which contained $500, glasses, Sony headphones, and a credit card.

The unidentified female and males fled the train at the at 3rd Avenue – 149th Street Station.

The victim suffered a bruised lip. 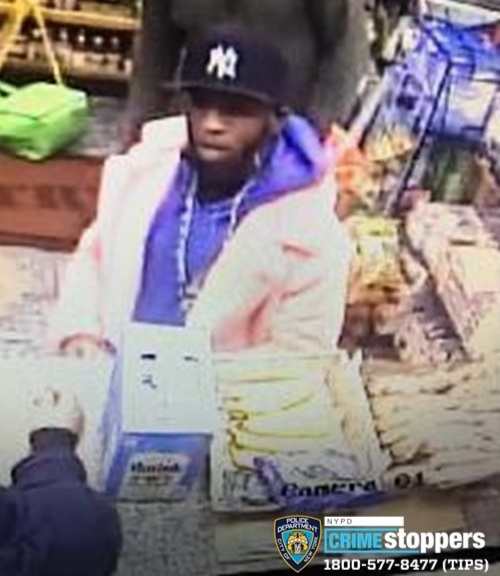