As WABC reports, there are concerns over a shut down public park in Bronx that received hundreds of thousands of dollars in renovation money over a decade ago.

The Trust for Public Land poured more than $200,000 into Claremont Community Park back in 2001. The money was earmarked for new playground equipment and to spruce up the space, but now the park is closed.

The park, at the intersection of Park Avenue and Claremont Parkway, has gone from asset to eyesore. It is plagued by sinkholes and uneven pavement that make it unsafe for children.

The playground equipment is in great shape, but the small track and ground is not. A huge sinkhole has opened up in the corner, and there is buckling concrete throughout the space. Padlocks went on the park gates several years ago, and now it sits abandoned.

Residents are not happy.

NYC Park Advocates is a not-for-profit watchdog group that monitors funding for park projects and the conditions of the city’s green space.

The parks department released the following statement: “Little Claremont Park is in need of major repair and has been closed until funding is allocated. We look forward to returning this wonderful amenity to the community as soon as possible.”

The parks department also points out that Crotona Park is three blocks away and Claremont Park is two blocks away. The Trust for Public Land says their involvement in the renovation was limited to funding the project 12 years ago, and that the park was built according to parks department specifications. 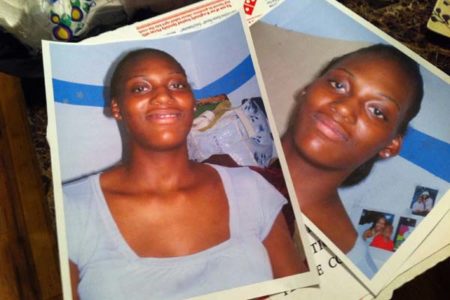