The former head of the Bronx Community Pride Center was in tears on Monday when a judge sentenced her to two to four years in prison for embezzling $338,000 from the organization.

She apparently used the money to pay for a dog walker, meals, clothes and trip for her and her wife to South Africa.

Before the gavel fell, Winters (above left with wife Eileen Scroggins) said she was “sorry” for all the hurt she caused, but had plenty of excuses for her actions: “I can’t believe I’m in this position—My mom was dying, I don’t know what I was thinking,” she told the judge.

Thankfully His Honor wasn’t buying it: “I’m amazed you are in the position you are in now,” he replied “There was absolutely no excuse.”

Winters clearly did not learn her lesson: In February, the Daily News reported she was back in the “fund-raising” business, soliciting donations for an animal-rescue group called A Winter’s Tail. (The News says Winters, using Scroggin’s last name)  referred to Winter’s Tail as an all-volunteer organization but it was “not listed with the state Attorney General’s Department of Charities.” (The group’s website was deactivated shortly after the article was published.)

Sadly, the Bronx Pride Community Center closed after 16 years last Summer. At the time, board members blamed “economic difficulties, past debt and inability to raise [funds]” for the closure. Hopefully sympathetic New Yorkers will open their hearts—and pocketbooks—to help get it back up and running. 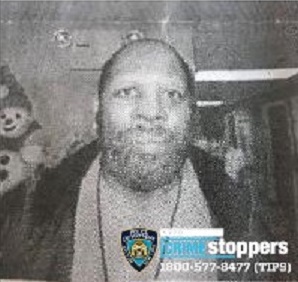