The Bronx Community College volleyball team is off to a string start, winning its first six matches of the season, including a 2-0 mark in the CUNY Athletic Conference. Region XV of the National Junior College Athletic Association (NJCAA) has recognized this, and has ranked the Broncos second in the first weekly volleyball report that was released today for Division III.

BCC is one of only three unbeaten teams in the region, which boast 14 members. Fashion Institute of technology is 7-0 and ranked first, followed by BCC in second. Orange County CC, 4-0 overall, is in third.

Other CUNY Athletic Conference schools that are ranked include Kingsborough CC in eighth, Borough of Manhattan CC in ninth, Hostos CC in twelfth, and Queensborough CC in fourteenth.

Bronx is led by this last week’s CUNY Athletic Conference Athlete of the Week Sandra Izaguirre. The 2008 Women’s Volleyball Championship Most Outstanding Player, Izaguirre notched 22 kills, 48 digs and 17 aces as BCC beat BMCC, Hostos, Queensborough, and Kingsborough. She hit a whopping 20 kills against Kingsborough and added another 12 against Queensborough CC, where she added seven aces. 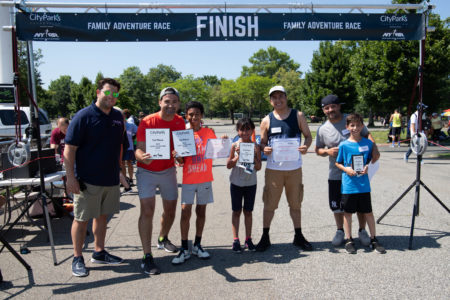