Alexandra Deaton Steel and James Michael Scott were married Saturday on Aspen Mountain in Aspen, Colo. The Rev. Ted Pardoe, an Episcopal priest, officiated on land owned by Katherine and John Miller, friends of the bride.

Mrs. Scott, 31, helps middle-school teachers at the Riverdale Country School in Riverdale, Bronx, use technology for instruction. She graduated from Brown, received a master’s degree in learning and teaching from Harvard, and is studying for a master’s degree in school leadership at the University of Pennsylvania.

She is a daughter of Gillian Vought Steel and Robert K. Steel of Greenwich, CT. From 2010 through the end of 2013, the bride’s father was the deputy mayor for economic development in New York. Next month, he is to become the chief executive of Perella Weinberg Partners, an asset management company in New York. Her mother is a member of the board of managers for the New York Botanical Garden in Bronx, and is a director of CitySquash, an academic enrichment program for students in Bronx.

Mr. Scott, 37, is the administrative coordinator at Riverside Montessori School in New York. He graduated from Purdue.

He is the son of Sandra Myers Varesic of Houston and James G. Scott of Morris Plains, NJ. The groom’s father retired as a career-management consultant. His mother retired as the office manager at Stress Engineering Services, a provider of design, testing and analysis services in Houston. 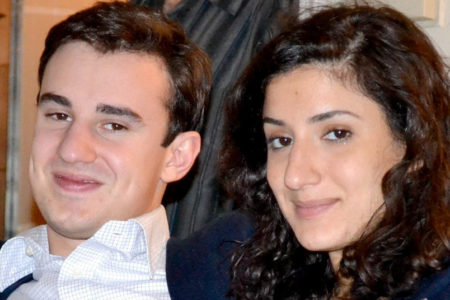