“The ultimate result of shielding man from the effects of folly is to people the world with fools.”

Spencer might have been a little harsh. He shouldn’t have said fools; he should have said voters. The good citizens of the Kingdom of Spain and the 26th Congressional District in upstate New York have shown the world that in a democracy no politician can be elected if he or she should suggest taking away or in any way curtailing or even modifying any established government entitlement. Established entitlement programs – like Medicare – once in place with millions of grateful recipients become inalienable rights which can never be withdrawn regardless of a government’s dire fiscal condition.

Most serious investors are by now familiar with the increasingly dire fiscal condition of the United States government.   But for many citizens the country’s fiscal problems are just poorly understood abstract statistics and one more gloomy forecast. There is no shortage of gloomy forecasts to worry the citizenry – for example (religious) predictions for the end of the world or impending environmental disasters or the world running out of energy or earthquakes in California. Sometimes bad things happen as predicted but often they don’t.  Nobody knows exactly when the Federal government will have a real problem and besides the rich can pay for it when it comes. Forecasts and statistics don’t count compared to real entitlements upon which people have come to depend on.

In my opinion, serious fiscal reform will only come when the big existential Crisis comes. The only alternative to the Crisis would be a clean sweep of the House, the Senate and the Presidency by radical fiscal reformers in 2012. In other words an army of Paul-like clones – Ryan, Ron and Rand that is – would take over. The probability of that happening is…

The Crisis would bring a collapse of the dollar and probable emergence of a less dollar-centric, less bubble-creating international financial system, a collapse in US government bond prices and an acceleration of dollar inflation. While the dollar has certainly slipped over the last few years on a trade weighted basis, keep in mind that ten year government bonds are yielding just over 3 percent and the latest CPI as reported is “only” up 3.1 percent. No crisis yet. So far anyway Bernanke with a big help from Asian treasury buyers has been very successful at manipulating interest rates down. (And the stock market up.) The dollar-centric international financial system affords the US a lot of rope.

The big global macro call is when and if the Crisis will occur. Nobody really knows the answer because the massive global monetary and fiscal stimuli that we have witnessed in the last two years are unique in history. We haven’t seen how this story ends. Everybody is just guessing.

It has been said that cataclysmic changes often come later than anyone thinks and they are always worse. I am reminded of my Wall Street days over 1985-1997 as an equity analyst following Fannie Mae and Freddie Mac. It was obvious then that Fannie and Freddie’s superior politically-derived cost of funds advantage would enable them to gobble up the whole mortgage market. But I also believed somewhere in the distant future the political forces from which they derived their advantage would force them into becoming eleemosynary institutions that took on undue risk and they would suffer severe problems as all their socially mandated deadbeat loans defaulted. The trouble was I had no idea when that sad day would come and it never occurred to me they would actually go into government conservatorship. Consequently I never even mentioned my misgivings to money manager clients who weren’t paid to worry about anything that could happen more than five years out. Knowing in 1988 that Fannie and Freddie would go into government conservatorship twenty years hence would have been useless information.  Instead I concluded that as long as Fannie and Freddie were early enough in their “gobble up” phase  the stocks were Buys. “It’s not too late to get a little Fannie” was my mantra and over 1985-1997 this was right on.

Well on the Crisis I doubt we have twenty years to wait.  It would not surprise me if it happened soon after the 2012 elections, particularly if it was clear the results were not conducive to serious reform. A divided government, so revered in the Clinton era, is not what is needed this time. I will always remember the hapless Ernesto Zedillo in 1994 assuming the Presidency of Mexico just in time to see the Mexican peso collapse, the Mexican banks go bust and the US come riding to the rescue to bail the country out and keep half of Mexico’s citizens from flooding over the border into the US. Query: If the 2012 election is inconclusive and the Crisis comes, will it be Americans turn to flood over the border? Maybe to Canada? ( I would prefer Singapore. It’s warmer.)
Today it’s hard to find an economic forecaster who does not foresee some kind of crisis coming someday for the US if fiscal reforms are not undertaken. Many smart people such as PIMCO’s Bill Gross are reportedly selling their Treasuries now. Still, other equally smart people are taking the opposite tack. “It’s not too late to buy more govies,” seems to be the mantra of smart people like Gary Shilling who was dead on in his analysis of the subprime crisis. Stay on the Titanic until the band stops playing.

The Mother of Bubble Algorithms Plus Entitlements

I just finished leading a workshop in Hong Kong on sovereign risk. In teaching this course I relied heavily on the work of Kenneth Rogoff and Carmen Reinhart, whose research every serious student of sovereign risk and financial crises should become familiar. From reading their work as well as a variety of other sources on financial history and monetary theory including Charles Kindleberger and Hyman Minsky, I have derived what I call a Bubble/Banking Crisis Default “Algorithm.” It’s sort of a cookbook description of a bubble combined with a banking crisis that in so many cases has ended in deflation of the bubble asset, a banking crisis, a recession and a sovereign default.

In the late twentieth century numerous countries have gone through something resembling this “algorithm”. Each country’s bubble crisis had its own unique characteristics of course. The US is probably on step 9 and is on the real estate deflation side of the bubble. The people who are buying government bonds are counting on this deflation to last a while longer.

It’s interesting to look at the sequence banking crises/bubbles/defaults that occurred in the late twentieth century. All of the following bubbles except Japan ended in some kind of default or IMF/Treasury/ other government entity rescue. The market vigilantes seemed to take their time, moving on one country then another.

Courtesy of our  inflation prone, reserve creating global international fiat monetary system, money sloshed around the world from country to country into deregulated and risk oriented financial systems (where governments assumed the downside risk thereby promoting the excessive risk-taking) leaving bubbles and busts in its wake.

But now a new round may be underway. The list starts with Iceland, then Greece, Portugal, and Ireland, all of which have either defaulted or required a rescue. I am tempted to add some American states to the list. None have defaulted at least on their public debt (although some states like Illinois have reportedly  stiffed their suppliers) but the Federal government via its “stimulus” plan has been providing a rescue. After the weaker “periphery”countries have been taken down, is the big guy,i.e. the US, next on the list?

According to Rogoff and Reinhart the US and the other developed countries have come out of the Algorithm with a total publicdebt/GDP ratio as high as those prevailing right after World War II. But lying dead ahead is the new historically unprecedented aging population/ explosion of entitlements problem. This second problem gets added to the real estate bubble/banking crisis. Scary.

Some Things to Expect As the Crisis Looms

·       Slower economic growth. This is likely even without the Crisis. Rogoff and Reinhart claim their data show a negative impact on growth when a nation’s public debt/GDP jumps above 90%. Moreover, in my opinion, the massive monetary and fiscal stimulus that has occurred is a major misuse of resources and will contribute to slower total factor productivity growth. The simple Keynesian models are wrong. It does make a difference how money is spent.
·       Financial repression. This is a recent Rogoff and Reinhart prediction and one that many have been worrying about for a while. A government hungry for cash and eager to preserve the role of the dollar will be tempted to impose interest rate caps, restrictions on foreign investment, punitive measures vis a vis gold,  raids on pensions etc.
·       Higher tax rates. Higher tax rates of course may not bring in the expected higher tax revenues as the evil rich – who pay most of the taxes – either cut back on working or spend more their time avoiding taxes. And small business activity in particular may be discouraged. All this makes for slower economic growth and lower than expected tax revenues even as tax rates rise.
·       Default by inflation. A major tool countries have used in the past is to inflate their way out of their debt burden when this debt is denominated in their own currency. It remains to be seen whether countries which borrow in their own currencies – the US, Japan, and the Eurozone—can pull this off if investors anticipate the inflation ahead of time. 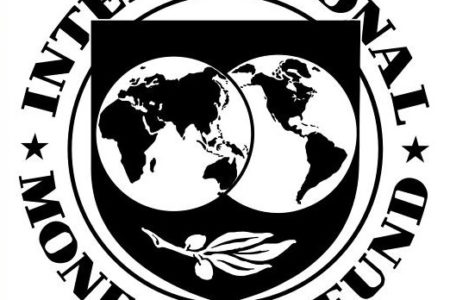 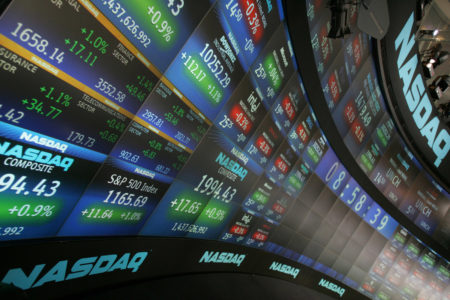