During Commencement 2011 ceremonies, Hobart and William Smith Colleges in Geneva, NY, will honor two special educators for the role they played in the lives of a Hobart and a William Smith student who will graduate on Sunday, May 15, 2011.

The Touching the Future Award is given annually to celebrate and honor the many early childhood educators – those with whom Hobart and William Smith students interacted in elementary, middle and high school – who have led graduates to crossing the stage for Commencement.

To recognize the educator who had the most significant impact on touching the future of a Hobart student, Cruz nominated Fields for the award, crediting her with helping him create the foundation for his educational success and lighting the spark that led him to accomplish his goals.

Cruz is an architectural studies major and studio arts minor. He is a member of Chimera and Orange Key at Hobart and has been named to the Dean’s List. He has also been recognized with the Dean’s Citizenship Award.

“Mrs. Fields’ passion for bettering the lives of each student that steps into her classroom is what lit the spark within me to accomplish goals in my life. Her enthusiasm created a snowball effect in my life,” he says.

Recently retired as an assistant principal, Fields is a published author. Her works include “Erica Gets a Job in A Pet Shop,” a children’s book that focuses on careers and how to prepare for one, and “Rita’s Plays for Children: Productions For Black History Month and Beyond.” The plays were written by Fields and performed by her students. In addition to author visits in the New York City area, she presents careers and career preparation to students in city classrooms. 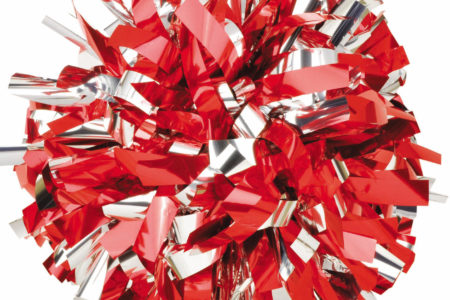