At least to me, plants have never seemed like the brightest bulb in the box. They stand around, looking green, hoping for a sunny day but not able to walk, talk or turn on the TV. However, due to a recent university press release, I have got to rethink my attitudes about vegetation.

Two scientists at the University of Missouri, Heidi Appel and Rex Cocroft, studied a plant called Arabidopsis. That is a common experimental plant, used by researchers because it is fast growing and a great deal is known about it. Arabidopsis is a flowering plant that you can think of as a cousin to mustard and cabbage.

The researchers let caterpillars feed on a group of Arabidopsis plants. Using special devices, they recorded the sounds or vibrations made by the insects chewing on the leaves.

Then the team let caterpillars feed on both sets of plants. Results showed that the Arabidopsis that had been exposed to the sounds of the insects feeding on leaves had more mustard oils in their leaves than did the control group. Mustard oils are chemicals many insects do not like and will avoid.

“What is remarkable is that the plants exposed to different vibrations, including those made by a gentle wind or different insect sounds…did not increase their chemical defenses,” Cocroft said in a press release. “This indicates that the plants are able to distinguish feeding vibrations from other common sources of environmental vibration.”

Plants really are not dim bulbs.

“Plants have many ways to detect insect attack,” Cocroft said in the press release. “But [insect] feeding vibrations are likely the fastest way for distant parts of the plant to perceive the attack and begin to increase their defenses.”

Next steps for the researchers include learning more about exactly how vibrations are sensed by the plants and what parts of the complex sounds may be the most important. The results of this type of work are not just academic. A long way down the road, such research may be able to improve crop plants, giving them a natural way to boost their own defenses against insect pests.

“Caterpillars react to this chemical defense by crawling away, so using vibrations to enhance plant defenses could be useful to agriculture,” Appel said. “This research opens the window of plant behavior a little wider, showing that plants have many of the same responses to outside influences that animals do, even though the responses look different.”

I have got a new respect for plants – and the researchers who are learning surprising things about them. 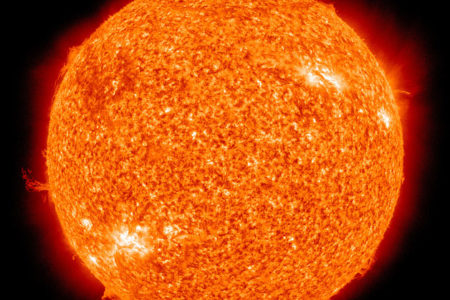