IN THE CHANCERY COURT OF RUTHERFORD COUNTY, TENNESSEE

It appearing from the bill in this cause, which is sworn to that the residence and current address of the above listed defendant, GUADALUPE GIL, is unknown and cannot be served with process, It is therefore ordered that publication be made for four consecutive weeks in THE BRONX TIMES, a newspaper published in Bronx County, New York requiring the above listed defendant, GUADALUPE GIL, appear before the clerk of said Court on or before thirty days after the last publication hereof and make defense to the bill filed in the above cause, which seeks a DIVORCE or otherwise said bill be taken for confessed and cause proceeded with exparte. 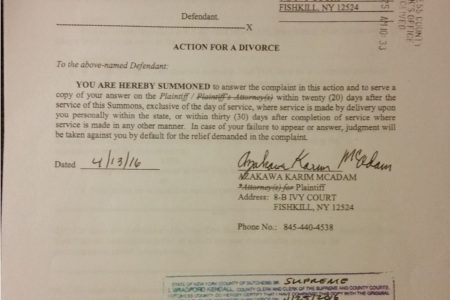 Action For A Divorce