The Legal Aid Society called on Albany to enact legislation to ​end the City’s​ unauthorized rogue DNA database in response to data released by the New York City Office of the Chief Medical Examiner (OCME) confirming that the City continues to add New Yorkers’ profiles to the database despite promises to remove a large portion of the more than 33,000 people whose profiles are currently included.

At a February hearing before the New York City Council, the New York City Police Department (NYPD) promised that it would identify ​for expungement those DNA profiles that the Department had collected, including the profiles of minors and people who have not been convicted of a crime – and work with OCME – the office charged with managing the database – to remove those records. By law, people included in these groups should never have been added to the index in the first place. During that hearing, the NYPD confirmed that the total number of profiles in the index was approximately 32,000. Now, new data in a report released last week by OCME show that 33,538 ​New Yorkers have their DNA profiles in the City index. This data also shows that, as of December 02, 2020, the NYPD identified a combined 2,397 profiles to OCME for removal, but that OCME has only removed 938 of those profiles.

At this rate, it would take years for the City to meaningfully reduce the size of its database. If the City had only removed profiles instead of adding to the database, the number of profiles in the databank would currently total 31,062. But instead, the current databank total of 33,538 profiles – even with those removals – reveals that the City actually added 2,476 profiles between this past February and now.

Additionally, the number of profiles that the NYPD agreed should be removed is far less than the more than 8,000 people who are in the City index but never were convicted of a crime and the more than 1,600 hildren.

Video of the NYPD surreptitiously collected a New Yorker’s DNA without consent could be seen here.

“The continued increase in the size of the OCME DNA index shows that the NYPD is both slow-walking any removal of profiles while also rapidly ramping up collection,” said Terri Rosenblatt, Supervising Attorney of the DNA Unit at the Legal Aid Society. “At this rate, there will be no meaningful reduction in the size of the City’s index and, instead, it will continue to grow as an unregulated DNA index filled with the predominantly Black and brown victims of genetic stop-and-frisk who the NYPD have long targeted for racist over-policing. Lawmakers must act to end this practice now by shutting down the City’s rogue DNA index.”

There are currently two pieces of legislation pending in the Legislature and City Council that would work to limit the City’s unregulated DNA collection and indexing practices. The first, S6009 (Hoylman), would clarify law to prohibit cities like New York from operating an unregulated DNA index. This legislation does not affect the State’s operation of its lawful and regulated database. The second, Int. 2105 (Ayala), currently pending in New York City Council, would prohibit the NYPD from surreptitiously collect DNA from juveniles.

Argelos Salcedo, 33, Arrested For The Murder Of Lester McLeod, 31 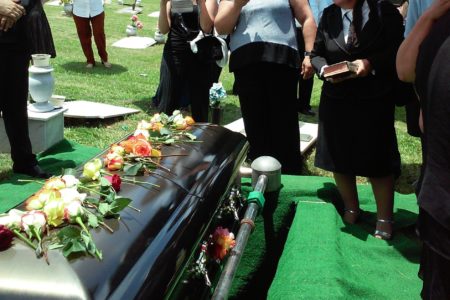