Trains and buses operated by the Metropolitan Transportation Authority (MTA) will operate on special schedules on Wednesday, November 21, through Sunday, November 25, to accommodate the unique travel demands of Thanksgiving weekend. During the same time period, MTA Bridges and Tunnels will suspend maintenance at its nine crossings to facilitate increased travel.

The Long Island Rail Road and Metro-North Railroad will provide extra early afternoon train service on Wednesday, November 21, to help travelers get an easier start to the long holiday weekend. From Thursday through Sunday, both railroads will offer off-peak fares and frequent train service to make it easy to travel around the region for shopping, dining and entertainment.

For additional details, please see the attached press releases from the Long Island Rail Road and Metro-North Railroad linked at the bottom of this email.

The New York City Subway will operate on a Sunday schedule on Thanksgiving Day. The closest subway stations to the start of the annual Macy’s Thanksgiving Day Parade are the 72 Street 123, 79 Street 1, 81 Street C, and 59 Street – Columbus Circle 1ACD stations. Additional service on the 42 Street S Shuttle as well as increased early morning service on the 1 line will be provided to accommodate spectators. To prevent crowding on stairways and platforms, some subway entrances at 59 St-Columbus Circle will be closed. The 72 Street station will remain open, but trains may bypass the station if crowding develops prior to the start of the parade. In addition, select exits and entrances will be closed at Penn Station, and stations along the Sixth Avenue BDFM line.

The MTA celebrates the holiday season each year with its “Shoppers Special” vintage subway train, which will run up the Sixth Avenue DFM line from 2 Avenue on the F line to Rockefeller Center, then up the Central Park West ACD line to 125 Street this holiday season. This special train of subway cars from the 1930s runs every Sunday between November 25 to December 30. The first run of each Sunday departs at 10:00 a.m. from 2 Avenue and the last run of the day departs at 05:00 p.m. from 125 Street.

On Black Friday, November 23, NYC Transit and MTA Bus Company buses will operate on a weekday schedule with some exceptions listed at mta.info. Special schedules are in effect for express bus routes operated by MTA Bus Company. A listing of affected routes and timetables can be found here.

To encourage the use of mass transit and to ease congestion on New York City streets during the Thanksgiving holiday, the MTA and the Port Authority of New York and New Jersey are offering free rides on the Q70 Select Bus Service (SBS) LaGuardia Link from Monday, November 19, to Monday, November 26. The Q70 SBS connects the 7EFMR subway lines and Long Island Rail Road (LIRR) to LaGuardia’s terminals B, C and D, providing a worry-free limited-stop ride with customer amenities designed for travelers. Stops for Q70 SBS LaGuardia Link are distinctly marked outside LIRR’s Woodside Station/61 St-Woodside 7 subway station and the Jackson Heights-Roosevelt Av EFMR/74 St-Broadway 7 subway station complex. Customers boarding at LaGuardia terminals B, C, and D can spot the LaGuardia Link buses via their distinctive blue exterior design and SBS signage. Customers are urged to allow extra time due to ongoing construction near LaGuardia Airport and increased holiday traffic. More information on MTA various services to New York area airports is available here.

To accommodate critical track renewal work on the E line in Queens, E trains will terminate at 179 Street in Queens on select late nights and weekends through November and December. During this vital work, customers traveling to or from John F. Kennedy International Airport can take free shuttle buses making all E station stops between Kew Gardens-Union Turnpike and Jamaica Center for service to Sutphin Blvd-Archer Av for the Jamaica AirTrain. As an alternative, customers can also take the A train to Howard Beach-JFK for the JFK AirTrain or LIRR to Jamaica.

The dates and times of this work are as follows:

In addition to the MYmta smartphone app, customers can check here and check out the “Weekender” tab located within the Service Status Menu for Current Service Status on any MTA mode of travel that they plan to use. Remember that TripPlanner+ provides travel information that takes weekend service diversions into account. Customers using bus routes in the five boroughs can also use MTA Bus Time to track real-time bus positions and gauge arrival times.

Staten Island Railway customers looking to get a head start on the Thanksgiving Day holiday will be able to catch earlier afternoon express train service on Wednesday, November 21, with MTA Staten Island Railway’s Early Departure Getaway schedule. Extra SIR trains will be added earlier in the afternoon beginning at 02:30 p.m. from the St. George Ferry Terminal. There will be one express train and one local train awaiting every boat until 07:50 p.m. On Thanksgiving Day, SIR will operate on a Saturday schedule.

MTA Bridges and Tunnels will suspend all lane closures related to routine maintenance and temporary construction work beginning 06:00 a.m. on Wednesday, November 21, through the end of the morning rush on Monday, November 26, to accommodate motorists traveling throughout the busy travel weekend. Any extraordinary weather-critical work that must be accomplished over the holiday weekend would occur only during overnight hours when traffic is at its lightest. 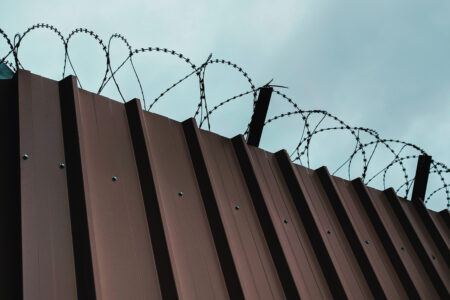