New York State adopted its no-fault auto insurance system in the 1970’s to contain litigation costs, which were driving up auto insurance premiums for ratepayers, while making sure victims with minor injuries got quick compensation without regard to fault. To aid victims with more serious injuries, such as fracture, significant disfigurement, or death, the system protects a victim’s right to sue in court.

Today, New York’s no-fault auto insurance system permits up to 50,000 dollars in coverage for any individual who is seriously and legitimately injured in auto accident. Unfortunately, amidst a tough economy, this payout sets the stage for criminals to commit massive and highly organized fraud at the expense of honest drivers. As a result, this criminal activity costs New Yorkers upwards of 200 million dollars each year by way of a “Fraud Tax” in the form of higher insurance premiums.

No-fault auto insurance fraud and staged auto accidents have escalated over the last several years. New Yorkers currently pay 53 percent more than the national average for auto insurance premiums, placing our state fourth most expensive for such costs in the nation. Costs are particularly high in the Bronx, where drivers pay as much as 335% more than the statewide average, due in large part to rampant no-fault fraud.

Make no mistake about it, no-fault fraud is perpetuated by highly organized criminal rackets which involve a number of players who play specific roles in these schemes. In some instances, these criminals target unsuspecting drivers by purposely causing accidents in order to cash-in on no-fault payouts. Other times, “runners” prey on victims of legitimate car accidents with a sophisticated web of lies and deceit in order to steer them in the direction of unscrupulous medical mills where crooked doctors either bill insurance providers for a battery of procedures that were not medically necessary or were never performed in the first place. No matter the details of these fraud schemes, this criminal activity puts innocent people at risk and is highly lucrative for the perpetrators who are determined to defraud New York’s no-fault auto insurance system only to leave honest ratepayers in the red.

This is not to say that no-fault auto insurance is not a good idea – it is. However, our state’s outdated and broken system is not working as efficiently and cost-effectively as it should. In fact, since 2007, the suspected number of no-fault claims has increased more than 26 percent, raising the cost of no-fault claims and the “Fraud Tax” by 50 percent in the process. What we need now, more than ever, are real reforms that put a stop to the rampant criminal abuses which have cost New Yorkers $627.5 million over the last three years, while at the same time maintaining protections for people who are hurt in auto accidents.

Reforming New York’s no-fault auto insurance system does not require a wholesale overhaul. Instead, Albany can and must act now in order to keep the cost of insurance premiums down for hardworking New Yorkers and small business owners and ensure fast and fair settlement of legitimate no-fault claims by passing meaningful legislation that will dramatically reduce fraud and close the loopholes in our state’s broken auto insurance system.

I urge my colleagues in the legislature to join me in the call for reforms so that we can fix New York’s broken no-fault auto insurance system, cut the “Fraud Tax,” stop paying high premiums and start to put dollars back in the pockets of New Yorkers at a time when they need it most. 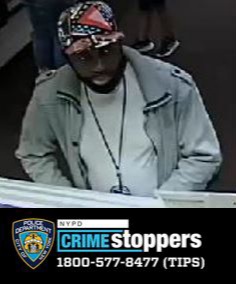