Mayor Michael R. Bloomberg, Deputy Mayor for Legal Affairs Carol Robles-Román and Immigrant Affairs Commissioner Guillermo Linares today kicked off Immigrant Heritage Week, a citywide celebration honoring the experiences and contributions of the millions of immigrants who have shaped our City for generations.

The week features exciting and diverse multi-cultural events throughout the five boroughs. Now in its 6th year, the Mayor kicked-off the week by signing Executive Order 128, formalizing the annual celebration of Immigrant Heritage, coordinated by the Mayor’s Office of Immigrant Affairs. This year, the weeklong celebration runs from April 17- 23, will feature over 180 multi-cultural events hosted by museums, community organizations, public libraries and educational institutions throughout the five boroughs. The Mayor also announced that all City agencies have met the goals and requirements of Executive Order 120, the Language Access Executive Order signed by Mayor Bloomberg in 2008, which called on City agencies to develop a implementation plan and policy for increased language access.

“Immigrant Heritage Week started with a handful of community events and now with 180 events citywide, its success is a testament to the incredible strength of our diverse immigrant population,” said Mayor Bloomberg. “We are going to make sure that we continue to serve all immigrant communities in our city. Our Language Access Executive Order is just one more way to make New York even more accessible to the communities that contribute to our wonderful diversity.”

“It is my great honor to be a part of the 6th Annual Immigrant Heritage Week celebration,” said Immigrant Affairs Commissioner Linares. “I am grateful for the numerous event partners from across New York City whose contributions make this community-building celebration possible. Working with our numerous City agencies on Executive Order 120, we are making it easier for all immigrant communities to receive City services.”

Beginning this summer, the Mayor’s Office of Operations will, for the first time, begin measuring language related services provided by the City by including language access related metrics on the online Citywide Performance Reporting tool. By the end of 2009, the City will launch a multi-language web portal, which will give limited English proficient readers access to translated documents from a number of City agencies. These efforts are focused on serving the needs of all those who live, work and visit our linguistically diverse City.

Immigrant Heritage Week explores that diversity though a rich collection of community events and cultural activities created to highlight the immigrant experience in New York. Established by Mayor Bloomberg in 2004 as a citywide celebration, Immigrant Heritage Week is celebrated around April 17th, the day in 1907 when more immigrants entered through Ellis Island than any other date in the City’s history. The weeklong celebration will feature over 180 free or low cost events hosted by a number of community organizations in 19 languages in all five boroughs. The events include family programs, cultural celebrations, film, theater, exhibitions, and multi-day workshops.

Among the events scheduled for this year’s Immigrant Heritage Week celebration are:

“The Phone Call (La Llamada),” an interactive forum theater play in the Bronx where the audience determines the outcome. The story revolves around an immigrant Latino couple caught in an escalating domestic violence situation.

“Latin meets Yiddish: Immigrant Neighbors, Neighboring Rhythms,” a unique concert in Manhattan that brings together the sounds of Yiddish song, Klezmer clarinet and the drumming traditions of Maracatu de Baque Virado from northeast Brazil, with hands on drumming for kids.

“E Pluribus,” artist Muriel Stockdale, chose Queens to display and discuss her artistic and visual representation of the cultural diversity found across the United States using hand-made American flags from fabrics indicative of their different cultures. 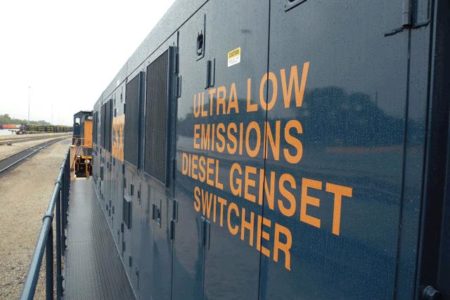