Politicians’ ire against teacher tenure and their constant calls to link student achievement to teacher evaluations are beginning to sound like a broken record – a very annoying broken record. Yet it wouldn’t be so bad if there were a strong connection between teacher competency and student performance.

The fact is in far too many public schools – especially in New York City – that connection is tenuous at best. The blame or credit for whether or not students learn ultimately lies outside the classroom. Learning begins at birth and is fostered by a loving, secure, stimulating and supportive home environment. That is a variable over which teachers – no matter how gifted – have absolutely no control.

As a newly retired New York City public school teacher, my experience in the classroom confirms a very simple point. Those students who arrived at school on time every day, had their supplies, completed their homework, exercised a reasonable degree of self-discipline, respected their classmates, obeyed the rules and followed my directions performed to the best of their ability. In contrast, those chronically disruptive students – and there are many of them in our city’s schools – for whom I merely was a babysitter consistently performed below grade level.

It is not unusual for teachers to have at least three or four students in their classrooms who are chronically late – frequently an hour or more – never do their homework, verbally and physically abuse their classmates, roam the classroom at will, crawl on the floor, topple over desks and scream incoherently whenever the mood strikes them. Their parents hardly ever are available to discuss their children’s grotesque behavior, while school administrators often turn a deaf ear and blind eye to the situation – a situation that corrupts the entire learning process, making it impossible for teachers to do their job.

School Chancellor Cathleen Black recently got a taste – albeit small – of what it’s like to try unsuccessfully to perform one’s job amid chaos. At a meeting about school closings in Brooklyn, she chided the crowd which repeatedly booed and taunted her. “I cannot speak if you are shouting,” scolded Ms. Black, who then went on to mock the audience by groaning into the microphone. Of course she couldn’t speak with the audience howling. No one could! Why then does she think teachers can perform their jobs when even a small number of the students in their classrooms are running amok?

They cannot perform their jobs when they do not get the resources they’ve been promised either. Specifically, during the five months before I retired I taught a second-grade intervention class. That means that most of my students were at risk of failure. So a remedial-reading teacher and an English-as-a-second-language teacher were assigned to assist me. Each was scheduled to come to my classroom four times a week – 45 minutes a day – to work with small groups of students, many of whom were reading at kindergarten level. A remedial-mathematics teacher also was designated to help me three times a week. She too was supposed to work with no more than 4 or 5 students at a time for 45 minutes each session, instructing them in the most basic mathematical skills – skills they should have mastered in the first grade. During those periods, I instructed the remainder of my students, who also were divided into small groups. The purpose of this intervention program was to enable all the children in my class to become proficient in mathematics and reading at the second-grade level.

The problem was that from the beginning of the school year to the end of January, when I left the Department of Education, collectively those three teachers failed – through no fault of their own – to show up 23 percent of the time. They lost some 50 periods during which they could have helped my most struggling students. They lost those periods because the administration of the school chose instead to have those teachers attend meetings, proctor examinations, grade tests or accompany publishing house representatives as they pushed their latest mathematics and reading programs on the school. Instead of helping at-risk children learn, the school administration had three valuable reading and mathematics specialists doing bureaucratic nonsense. They were not happy, but there was nothing they could do about it. And my students suffered!

The irony is that if I had decided to continue teaching through this coming June, part of my performance rating as a teacher would be based on the overall progress of my students. Yet, their overall progress, no doubt, will be hampered by the fact that they will not have received the full amount of remedial services they deserve and their parents were promised.

How do you feel about that Ms. Black? You can answer me. I’m not shouting. 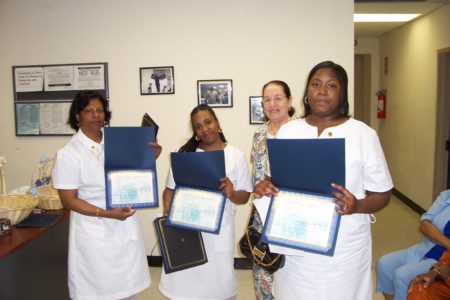 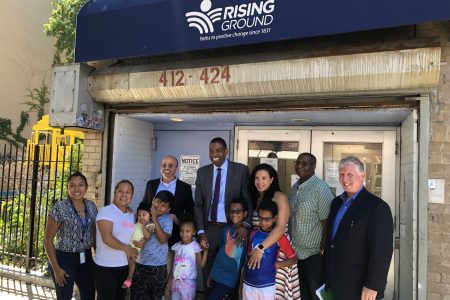