On Monday, October 26, 2020, at approximately 1601 hours, police responded to a 911 call of a multiple vehicle collision at the intersection of Allerton Avenue and East Gun Hill Road, within the confines of the 47th Precinct in the Bronx.

Preliminary investigation revealed that Vehicle #1, a 1999 Lincoln Town Car, operated by the 81-year-old male, was traveling eastbound on Allerton Avenue approaching the intersection of East Gun Hill Road, when the operator failed to properly navigate the roadway, and collided with Vehicle #2, a 2012 Chevrolet Suburban, operated by the 51-year-old male, traveling westbound on Allerton Avenue. Vehicle #3, which was traveling in the left lane behind vehicle #2, attempted to swerve to the right but struck into the passenger side of Vehicle #2. The driver of Vehicle #3, operated by a 32-year-old female, did not sustain any injuries. 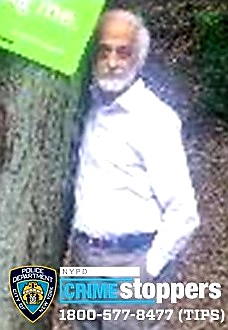