New York Yankees legend Gene “Stick” Michael, architect of the team’s late-1990’s dynasty years, has died at the age of 79.

Michael was a beloved member of the Yankees front office for years, and his fingerprints are all over the Core Four teams that dominated their era and won four championships in five years together.

Michael played, managed, scouted and served as general manager over the course of his Yankees career, but his greatest legacy resulted from his savvy moves as GM from August 20, 1990 to October 22, 1995.

After years of missed playoff berths and free agency busts in the 1980’s, Michael was the driving force behind the rejuvenation of the Yankees farm system after his tenure as general manager began. Players like Derek Jeter, Mariano Rivera, Andy Pettitte, Jorge Posada, Wade Boggs, David Cone and Paul O’Neill all found their way to the Bronx thanks in part to Michael’s efforts, and years of sustained success soon followed.

The Yankees won their first World Series title in 18 years in 1996, then repeated in triplicate in 1998, 1999 and 2000, as the Core Four formed the foundation of those world-class teams.

While Michael was not the general manager when the World Series championship run began, his effort in building those teams proved invaluable, and in 1996 he returned to the organization as vice president of major league scouting, a position he held until 2002. From 2003 until his death, Michael maintained his post as a senior vice president and special advisor for the Yankees.

Long before his secondary career as a front office member took off, Michael was a Major League ballplayer from 1966 to 1975, with seven of his 10 years in MLB serving as an infielder for the Yankees.

Michael finished his playing career after 973 games, and a career batting average of .229. In addition to his years with the Yankees (1968-1974), Michael also played for the Pirates, Dodgers and Tigers. Between his second managerial stint with the Yankees in 1982 and his front office return in 1990, Michael managed the Chicago Cubs in 1986 and 1987 before being replaced by Don Zimmer, another coach who eventually made their way to the Bronx.

Michael earned the nickname “Stick” for his lean and lanky frame, which helped him become a great collegiate basketball player at Kent State University before he eventually chose to pursue a career in baseball. As a player, Michael was well-known for his knack for pulling off the “hidden ball trick,” a tactic he successfully employed five times during his career. 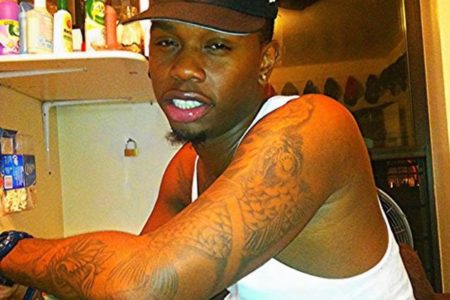