Basketball ranks first among the highest-paying sports in the world. The NBA, considered the pinnacle of professional basketball, pays its players around $8 million per year on average. Besides the big bucks, playing professional basketball also opens up another world of opportunities, including serving as a coach, mentor and finding a niche in broadcasting.

Unfortunately, the odds of making it into professional basketball are significantly low compared to other types of sports like baseball. Although this does not make it unachievable, it means that you need to work extremely hard to impress coaches, scouts and recruiters.

Here is what you need to become a pro-NBA basketball player today:

Explosiveness is an athlete’s ability to move from zero to maximum speed within a short time. On the court, explosive strength is a fundamental attribute that separates good hoopers from the pros.

Why is explosiveness crucial in basketball? The thing with explosiveness is that it is manifested in most basic movements of the game, from jumping to cutting and sliding. Whether you are trying to create space against aggressive defenders, close distance or beat an opposing player off the dribble, explosiveness will give you a tremendous advantage over other players.

Multiple studies are suggesting that explosiveness is linked to muscular architecture and fiber composition. However, despite its genetic coefficient, explosive power can also be optimally developed and improved. As a trait mainly influenced by power output, explosiveness is generally best trained using resistance training, ballistic resistance training (performing movements, such as bench presses and squats at high velocity) and plyometrics. Specificity is equally crucial, though.

While training off-court has its benefits, basketball conditioning drills to train explosiveness make your workout sessions more suitable to what you are trying to improve. Performing explosive activities similar to what is required in basketball will bring you closer to achieving your goals.

Be a Good Ball Handler and Dribbler

Ball handling and dribbling skills are paramount in basketball, even more so if you are aspiring to play at the pro level. These are the two skills that, if mastered, will enable you to protect the ball and advance it up the court to score points. Players with excellent dribbling and ball-handling skills can create fast-break opportunities and space even when under pressure from the defense. Contrary to a common misconception, all players need to perfect the art of ball handling and dribbling. Point guards are not the sole ball handlers.

Besides pure skill, there is another major component that differentiates next-level basketball players from the rest. It’s basketball IQ. At its core, basketball IQ means having a solid understanding of the game inside out. Players with high basketball intelligence like Stephen Curry, Kevin Durant and LeBron James are well-known for their ability to read the game’s flow in relation to the team’s strengths and weaknesses and determine what needs to be done. Such players have aptly been nicknamed floor generals as they enable the team to adapt to new situations as they come up.

Recruiters and coaches are looking for players who can put the team one step ahead of the opposition during a match. Like playing chess, this means not only understanding when a player is about to cut but knowing what will happen after that. That is what basketball IQ is all about.

One way of improving your basketball IQ is by getting curious about the game. Spend most of your time learning how basketball greats have become so good. Learn about their practice routines and where they derive their skills. Also, tap into social media and engage trainers, coaches, analysts and other players for more info on how to increase your knowledge of the game. Lastly, as you watch games, pay attention to the little moves and cues that differentiate the teams and individual players.

Character is a set of mental and moral virtues that define an individual. Some of the aspects that most coaches, scouts and club owners focus on include;

1. The energy you bring to the game- coaches want high-spirited players whose passion and enthusiasm for the game boost the entire team’s overall performance.

2. Discipline- your teammate will be counting on you for the success of the club. Be disciplined, particularly in terms of preparation and training.

3. Communication- excellent communication easily separates good players from greats. Talking puts the team on the same page, making it easy to drive towards the required results.

4. Coachability- this is the mental ability to welcome constructive criticism and honest feedback as the coach or trainer pushes you to limits unachievable alone.

NBA stars like Carlos Boozer, Kyrie Irving, John Wall and Andrew Bogut have one thing in common. They are ambidextrous, as was Kobe Bryant. Ambidexterity is the ability to utilize both hands proficiently. In basketball, being able to pass, shoot, dribble and penetrate the hoop flawlessly with either hand makes you an invaluable player for multiple reasons. First, if you are right-handed, your opponents will often create scenarios that push you to use your left hand and vice versa. Being ambidextrous means that you can navigate out of tight situations comfortably. Secondly, the ability to use both hands leaves opponents guessing on your next move- this further solidifies you as a valuable all-around contributor on your team.

Angel DeJesus, 44, Wanted For The Murder Of Belkis Lopez, 35 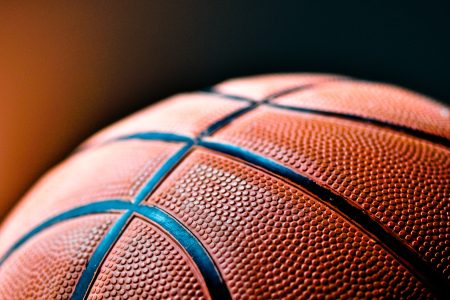