For all the criticism his administration has received, President Obama has created at least one new job.

Louis Ortiz was an unemployed, uninsured single father living in a tiny apartment in South Bronx when a friend first pointed out his resemblance to the then political up-and-comer Barack Obama.

He had the broad nose, the dark eyes lined with crow’s feet, and, perhaps most importantly, the large, protruding ears. The only problem was his goatee.

Obama won the 2008 election, becoming the 44th president of the United States. And Ortiz, with nothing left to lose, shaved his face, purchased a suit and staked out a spot in Times Square, beginning a career as a full-time impersonator.

Bronx Obama, the feature-length debut of documentary filmmaker Ryan Murdock, is Ortiz’s story — the story of an ordinary man whose life runs strangely parallel to the life of POTUS.

Murdock’s film follows Ortiz’s journey through the 2012 election season as he travels with a group of fellow political impersonators, holding mock debates for convention crowds. He struggles to maintain his own identity in a field that demands he become someone else.

When the president gets a haircut, Ortiz gets a haircut to match. As newscasters discuss Malia and Sasha Obama’s lives in the White House, Ortiz Skypes with his own teenage daughter Reina, who lives with her grandparents in Florida.

Reina, Ortiz says, is the reason he fixes an American flag pin to his lapel each day and carefully pencils moles on his face to match the president’s. His visits with her, conducted through video chat and occasional flying trip to meet her in person, serve as the emotional anchor of the film.

Murdock captures each moment with a quiet and measured eye, blending the pathos of Ortiz’s personal journey with moments of humor that highlight the unreal nature of his dual life. In one deliciously surreal shot, the camera pans around a talent manager’s kitchen to reveal bleary-eyed lookalikes of Obama, Bill Clinton and Mitt Romney eating breakfast together in their pajamas.

On January 20, 2013, Ortiz stands in a crowd of thousands outside the White House, failing to attract stares for the first time since 2008. As the president takes his oath of office, Ortiz recites it with him— two baritone voices promising, in perfect unison, to faithfully execute the office of the President of the United States.

At home, he hugs his daughter tightly. The dream is alive — at least for another four years.

At turns thoughtful, poignant, and funny, Bronx Obama is a moving portrait of a man with the audacity to fight for his own American dream. 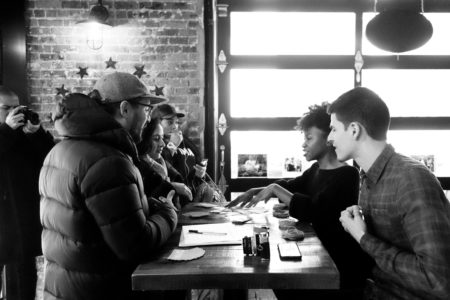 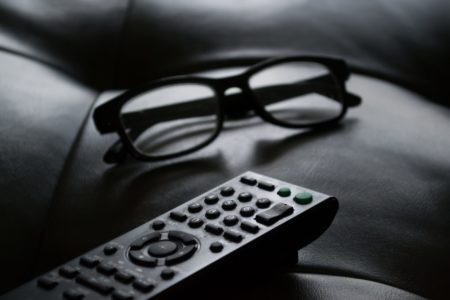