New tab design will help organize average Facebook member’s profile interface to minimize clutter, but there will likely be speed bumps along the way.

Facebook’s major overhaul of its core member profile pages is a risky but necessary move for the world’s second-largest online social network, according to several developers of popular applications for the site.

The move is risky because Facebook will alter the user interface significantly, which can clash against people’s natural resistance to change and prompt them to complain.

In addition, for some developers, particularly those new to the platform, the new profile design may limit the visibility of their applications, affecting their ability to build a user base.

“The redesign seems an overall step forward, but it will definitely have speed bumps from an actual implementation standpoint,” said Tim O’Shaughnessy, co-founder and CEO of Hungry Machine.

However, with the explosive growth in members and in applications on Facebook, the average member profile interface has become very cluttered, a situation that harms end-users and developers alike.

“Facebook is a social [networking] operating system, and the profile is your entry point and your desktop. The utility of that [desktop] interface becomes less and less useful to the end-user as it gets more and more cluttered,” said Shervin Pishevar, co-founder and CEO of Social Gaming Network (SGN). Thus, taking a bold step to clean up the member profile interface is a logical and natural enhancement for Facebook to make, he said.

Facebook has been talking about its redesign for a while, but this week provided concrete details about its plans, which are aimed at retaining the layout’s orderly and clean look, a differentiator from competitors like MySpace.

At the heart of the redesign is the redistribution of profile content into different tabs so that users can better organize components such as the activity feed, photos, personal information, and applications. In addition, the activity feed tab will feature a new authoring control panel for creating and posting content called the Publisher Box. Moreover, the profile will have at the top a new horizontal navigation line with drop-down menus for its core features.

“The three main goals we have for this are: to make the profiles simple and clean; to give users control; and to let them emphasize the most recent and relevant content. This is what we’ve come up with as the best way to accomplish those goals,” said Facebook’s Mark Slee, the product manager of the new design.

Of course, any user interface change of this magnitude entails dangers, especially when it will affect about 70 million end-users and thousands of application developers. Facebook has experienced backlash from changes in the past, such as the initial versions of its activity feed feature and Beacon advertising program, both of which were criticized for being too intrusive on people’s privacy.

“It’s a pretty significant redesign, so users will definitely have an adjustment period,” O’Shaughnessy said. “People are generally opposed to change, so there’ll be a pretty reasonable amount of consternation from users just because it’s different.”

This is why O’Shaughnessy has been surprised that Facebook is opting to roll out all the changes at once, as opposed to doing it more gradually, since the latter approach might lessen the impact on end-users. “It’s always a risk to roll out a really big change all at once,” he said.

Yet, Slee is confident that the change won’t be traumatic for end-users, since Facebook has been actively communicating the changes and plans via a Facebook group. Facebook also plans to have a time during which end-users will be able to toggle back and forth between the old and new layout, before the change is finalized at some point in June, Slee said.

From the application developer perspective, the redesign will also have significant effects, O’Shaughnessy said. “The applications aren’t present nearly as much as they were before,” he said, alluding to the fact that the new design groups applications into a separate tab.

Although users will be able to create tabs for individual applications and the new top-level navigation includes a drop-down list of applications, “there’s definitely the capability for apps to be less discoverable,” O’Shaughnessy said. “For newer developers especially, that’ll be really hard.”

Not that O’Shaughnessy worries about being affected by this. Hungry Machine began launching its applications in mid-2007, shortly after Facebook opened its platform to external developers, and they have gained very good traction and popularity, and are generating a healthy revenue stream.

Meanwhile, having an entire tab devoted to applications will let developers “build a rich and deep experience that can take advantage of more space than has ever been provided in the profile,” Slee said, adding that Facebook is opening a “sandbox” for developers to get acquainted with the profile changes.

Boris Silver, co-founder and CEO of Sport Interactiva, a developer of sport-themed games, also believes that end-users are likely to recoil at first and that visibility for applications in general will be diminished, but believes the changes will ultimately be for the better, particularly for companies like his whose applications are firmly established on Facebook. “It’ll give room to high-quality and useful applications that people value most to rise up,” Silver said.

Pishevar holds a similar view, saying that the changes will benefit applications that are genuinely engaging and of high quality, and not those that try to succeed via in-your-face, aggressive self-promotion tactics, something Facebook has been trying to discourage among developers.

“The apps shouldn’t be reliant on real estate on a profile page to thrive. There was tremendous benefits early on in the platform from having that real estate, but it also made it probably too easy to get users without actually investing real resources into making quality, highly engaging applications,” Pishevar said.

Despite the possible bumps in the road, the developers interviewed agreed that, as far as the actual redesign is concerned, Facebook is hitting the right notes. “I’m pretty high on the design itself. It’s smoother, more efficient, more clear,” O’Shaughnessy said. 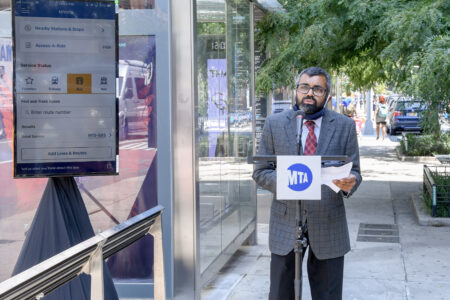